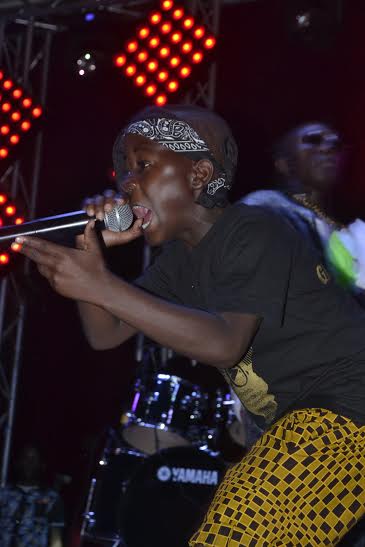 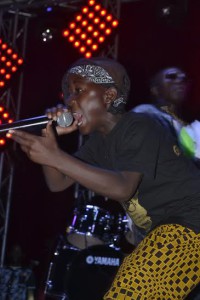 He came, he saw, he conquered and walked smiling all the way to the bank. Saha had sent tongues wagging after he announced that he was to have his Gundeeze album launch on 1st May, the same day that Chameleon was holding his Wale Wale/double trouble concert at Kyadondo rugby grounds.
Many called it disrespect for the man whom they believe mentored him into music. Bebe Cool was even prompted to come out on Facebook and tell the public off for comparing Saha and Chameleone. Whether Saha and his team took this as a direct attack on their crew is a bit hazy. However the fact that they used this as a publicity opportunity for Saha’s launch is crystal clear. They called upon their fans and encouraged them to show up at Freedom city on labour day. And it worked! The fans turned up in multitudes. 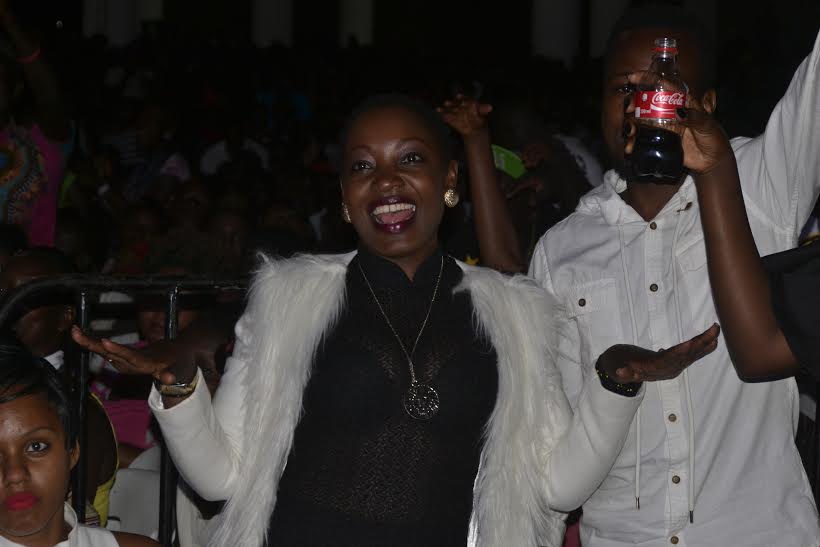 King Saha has followed up the success of his 2014 Mulirwana concert that had theatre La Bonita filled to capacity, with an even bigger and more statement-making concert. By 9pm, his VIP tickets that were going for only 20,000 shillings were sold out while the general section was already packed with eager sweaty bodies. I tried to squeeze through so i could find a good spot where I could see the action on the stage and failed. Thank God the children’s section was turned into an overflow for the still increasing number of revelers. But that too, filled up within no time.

With a big number of curtain raising acts like Lydia Jazmine, Scooter, Young Mullo, Nince Henry, among others, the show kicked off to an exciting start. This was before Big Eye, Bobi Wine, Sheeba, Gravity Omutujju and Ziza Bafana sent the crowd into frenzies. Damn! These guys are performers.
So after waiting for five noisy hours for the night’s main act, King Saha shows up on stage at Midnight and gives the fans a mediocre performance. After having seen his rehearsal pictures on Facebook, I expected musical Heaven only to be served with quite the usual hustled Freedom City performances. Nothing great! His microphone was a bit lower than those of the backup singers which spelled disaster for the show. After watching Bafana rip the stage apart with guluma nasomye, the crowd unfortunately had to cool down with Saha’s weak start. He kicked off with the late AK47’s tukikolemu and then went into some of his older songs like signal and vimba. And that is where he went wrong. In an attempt to save the best for last, he killed the crowd’s mood. By the time that he performed his best songs,(which he still did not perform to the crowd’s expectations) mulirwana and gundeze, some revelers had begun moving out. This however did not stop those who stayed to sing and dance along.
At the end of the show, two things were clear; King Saha is loved by his ever-growing fan base but his live performance and planning is still lacking.
While Chameleon also filled up Kyadondo rugby grounds, the big numbers that showed up at Freedom City proved to the “elders” that an ant attempted to fight an elephant and it came out alive.