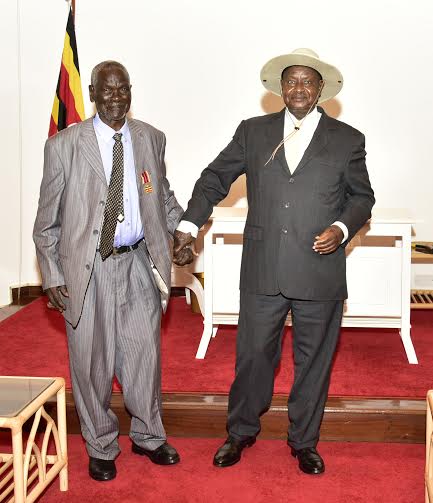 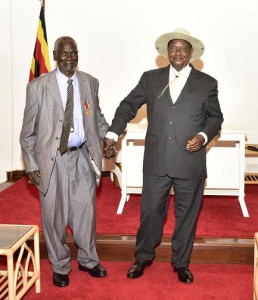 Sports personalities of yesterday could see their fortunes take a change for the better after President Museveni announced that government will find and support all Uganda’s sports heroes for the contribution they made to their country.
“We should look them up and help them or their families. They made a contribution to their country but because of the insecurity we had in our country we did not follow this up,” he said.
The President was meeting Uganda’s boxing legend Grace Sseruwagi, 83, a 1960’s light-welter weight boxer who had three friendly matches with former President Idi Amin and knocked him out each time before becoming his coach. Sseruwagi successfully represented Uganda at the Rome Olympics and later became one of the most successful boxing coaches in Uganda.
Of recent exemplary sportsmen have seen the State come to their assistance, with notable athletes like Stephen Kiprotich, the World and Olympic marathon champion being promoted to the rank of Assistant Superintendent of Prisons and also receiving huge sums of money and other accolades.
Similarly, Moses Kipsiro, a double Commonwealth Games champion has also been accorded state recognition, while government built for former world champion Dorcus Inzikuru a house in Arua and also named a road in the same area, after her.