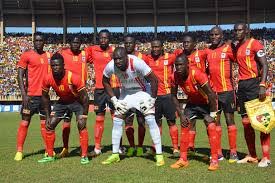 As the Uganda Cranes start preparation for their 2017AFCON qualifiers, Head coach Milutin ‘Micho’Sredojevic is not fazed by a busy schedule.

Cranes entertain Gambia next Tuesday in an International Build Up, before kicking off the 2017AFCON qualifiers against Botswana four days later.

“Everybody knows from now until the beginning of January we will play a lot of games, a lot of difficult ones,” Micho told the press after a light training session in Luzira, Prisons stadium on Tuesday.

On June 20th, the locally based players play Tanzania in Zanzibar for the opening leg of the CHAN 2016 qualifier.

Micho is yet to release his final squad as he is monitoring the physical fitness of some foreign based players whose football seasons on recess. Some U-23 and CHAN squad players will feature in the training today.

South African based Geofrey Massa was one of the four forwards who trained with the team on Monday evening.

The others were Alex Bukenya Kitata (The Saints F.C) and the URA duo of Frank Kalanda and Robert Ssentongo.

Other foreign based players, Denis Iguma (Lebanon), midfielder, Boban Zirintusa (South Africa with Polokwane F.C) and Brian Majwega, who ply for Azam F.C in the Tanzanian league plus Alex Kakuba, from Portugal.

Cranes will be involved in a busy schedule