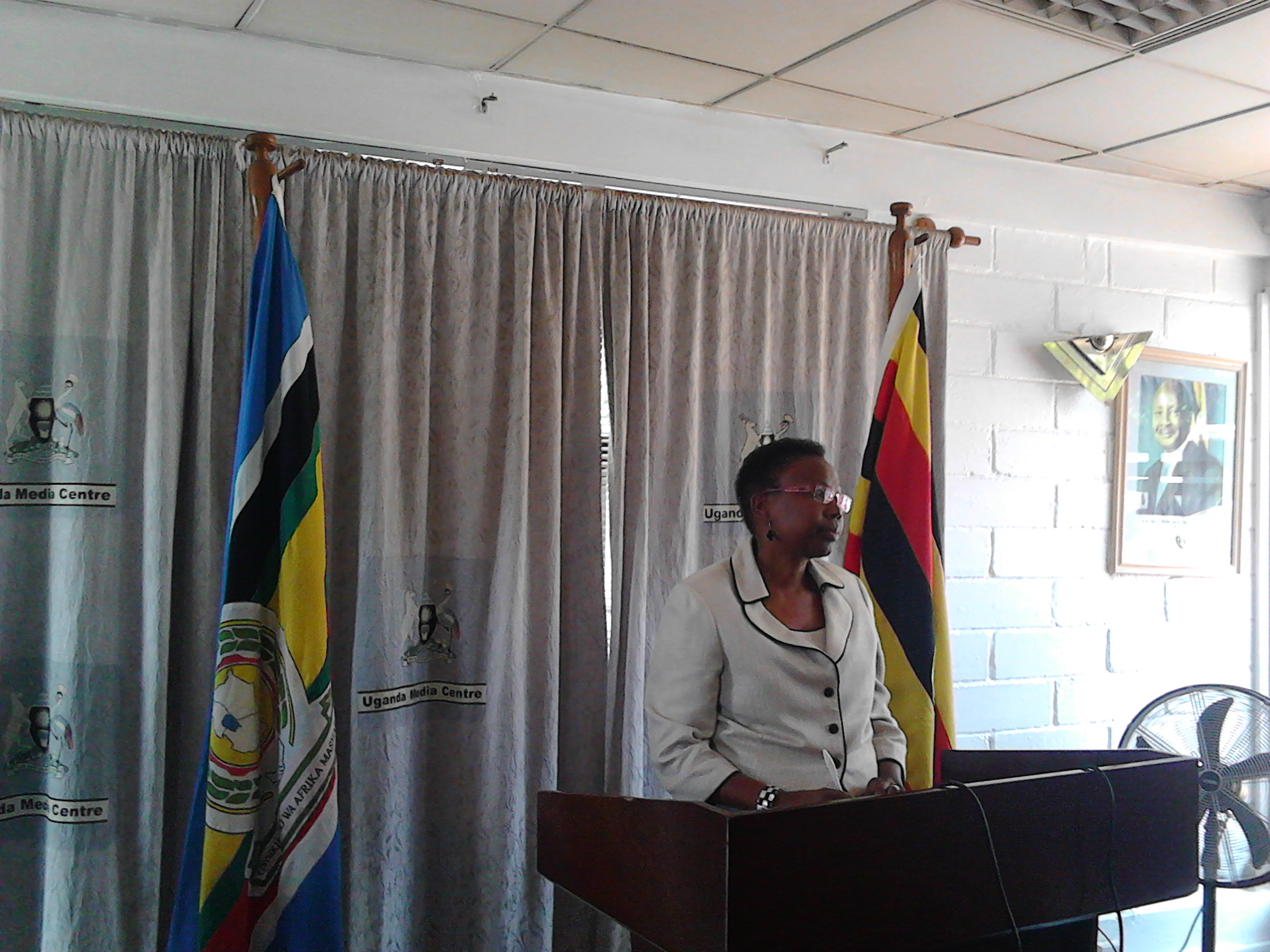 The Ministry of Health and Kampala Capital City Authority today announced an end to the typhoid outbreak that hit Kampala and surrounding districts three months ago.

The declaration of an end to the outbreak comes after four weeks of the treatment centres reporting cases below the baseline typhoid outbreak thresholds.

“We are happy to declare Kampala a typhoid free city thanks to the works of the ministry, and its allies, World Health Organization.” said Dr.Jane Ruth Aceng, the Director General of Medical Services said during a press conference held at the Media Centre in Kampala.

The outbreak was declared on 19th February 2015 after numerous cases were reported and confirmed in the central business district of Kampala and neighboring districts of Wakiso and Mukono.

Six treatment centers including Kisenyi, Kitebi, Kisugu, Kawaala, Komamboga and Kiswa were set up to receive, screen and treat all suspected cases.

According to the ministry, the National Water and Sewerage Corporation and commercialized bottled water that has been approved by the Uganda National Bureau of Standards, are the reliable sources of water.

The ministry also tasked KCCA to carry out periodic water quality assessments and certification of food vendors in a bid to avert any more typhoid outbreaks.

Also, heath workers were advised against using the Widal test as a confirmatory test for Typhoid, and instead use a Typhoid Case Definition for suspected cases and blood cultures for confirmation of typhoid.

“Blood samples are expected to be sent through the national specimen transport network to the reference laboratories for appropriate testing,” the health ministry asserts and appealed to the public for increased vigilance against typhoid.