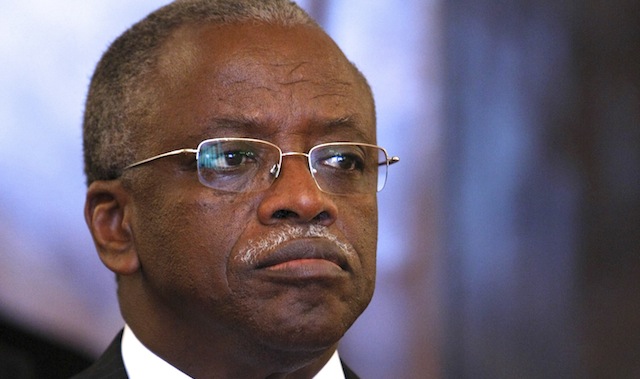 KAMPALA: Police might be poised for a showdown with former Prime Minister and presidential hopeful Amama Mbabazi, following the latter’s avowed stance to hold ‘consultative meetings’ around the country.

Mr Mbabazi, who was addressing the media in Kampala on Monday, said police have no powers to stop any public assembly, warning that police should not dare stop his meetings, scheduled to start in the eastern town of Mbale on July 9.

“I am stickler to the law. Police has neither authority nor a role in organizing these meetings,” he said.

Mr Mbabazi and his legal team were planning to meet today before he starts his scheduled meetings setting the stage for a probable clash between his supporters and police.

The former prime minister who is planning to challenge his former ally Yoweri Museveni, who is now a rival in the ruling party, called for peaceful transition of power from Museveni to the next leader.

“One of the greatest things we have not achieved in Uganda is peaceful handover of power. It’s time for peaceful change,” he said.

He warned the economic successes made in 30 years under NRM would go to waste if violence breaks out in 2016 as a result of “rigged elections”.

Mr Mbabazi said he would not abandon “the democratic path” even if he loses the NRM party primary elections unfairly. He did not explain the kind of democratic path he would take.

Mr Mbabazi’s statement comes in the wake of police warning it would block any meeting the former PM has scheduled.

He also said that Mr Mbabazi has not come to a consensus with his party, the National Resistance Movement and that the Electoral Commission has not given him the green light to carry out the consultations.

“We are monitoring the situation and we have information that Hon.Mbabazi is to start his meetings in Mbale; however these meetings are illegal and no one should deceive the public,” Enanga said adding, “We shall take all measures we can in case he violates the law.”

Mbabazi is set to start his national wide consultative meetings on July 9th in Mbale and the Kinkiizi West MP has insisted that the police does not have the power to stop him from carrying out national consultations.

But quoting the Section 3 of POMA, Enanga maintained that it is the Inspector General of Police Gen Kale Kayihura with power to regulate the conduct of public meetings ‘in accordance with the law’.