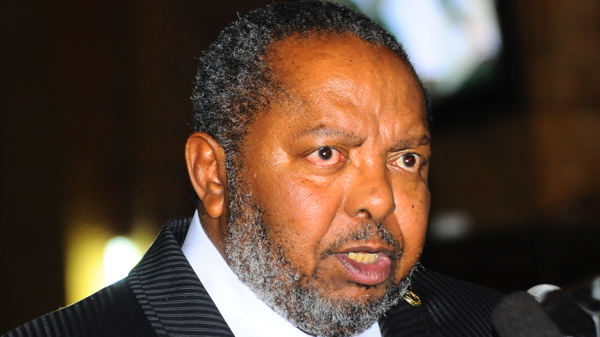 The Governor Bank of Uganda (BOU) has been criticized by Peoples Development Party (PDP) President Dr. Abed Bwanika for comments he recently made that he wouldn’t rescue the falling shilling.

Mr. Bwanika, who made these remarks while meeting with journalists in Kampala, said Mutebile was appointed the central bank governor because of his expertise in handling financial problems. “If he (Mutebile) is not willing to save the shilling then he must give the responsibility to someone who can,” Bwanika said.

He noted that the government has 4bn shillings in reserves and advised BOU to use some of that money to save the economy.

“This is time for reserves to help, if they can’t be used then they have no use,” he said, before attacking Parliament for failure to regulate the economy and to compel the BOU boss to execute his duties diligently. “It’s is your mandate to make sure that Mutebile performs,” noted Bwanika said and added: “Investors come here with nothing and leave our country carrying loads of money, that’s is not good.”

He warned that if the current situation goes on for the next three to four months, the country’s economy would be like that of Mobutu’s Zaire and Mugabe’s Zimbabwe.

Bwanika also warned Ugandans to cut on their expenses, saying the economy was collapsing. “Don’t spend like the economy is okay, wages are not increasing but inflation is up,” he warned adding: “ don’t spend so much because these are bad times.”