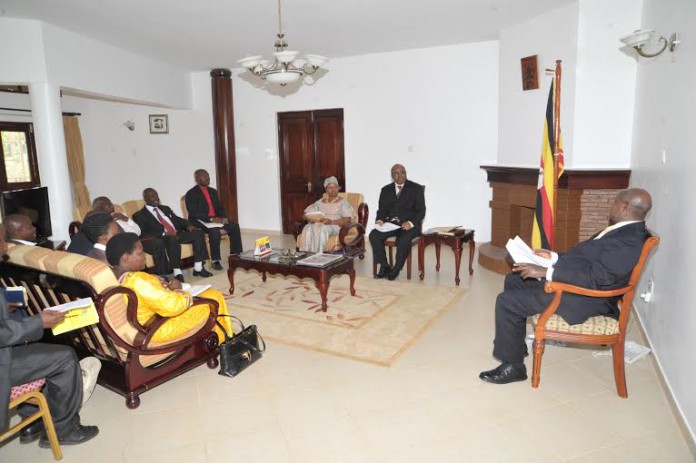 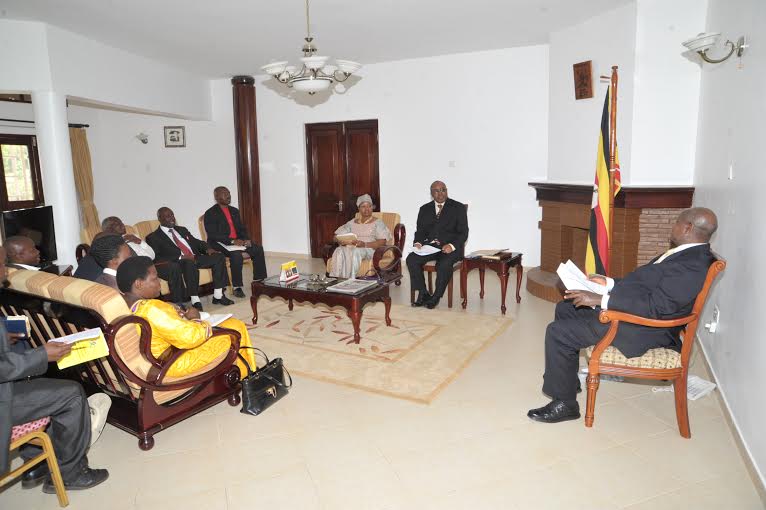 President Yoweri Museveni has held a meeting with the Rwenzururu King Charles Wesley Mumbere who assured him that the Obusinga bwa Rwenzururu is a law abiding cultural institution that does not condone violence but is rather committed to promotion of culture of the people of Rwenzururu.

“Our institution is law abiding and denounces the violence that was there last year. We want to work with government to ensure stability in the region and in our country. We are also not perpetuating the issue of Obuyira state, we are only interested in promoting our culture,” he said.

President Museveni who is on a two-day working visit in Tooro region met Omusinga Mumbere today at State Lodge in Fort Portal Municipality.

During the meeting, Omusinga Charles Mumbere told President Museveni that the Obusinga as an institution has never involved itself in violence and condemns in strongest terms those who perpetuated the July 5 2014 upraising that cost the country and the region many lives and property. The deadly attacks last year in Kasese and Bundibugyo districts, left close to 90 people dead. The attackers used machetes, spears and guns and raided targets, including police and military installations.

He also distanced himself from those advocating for the creation Abayira Republic that would take some parts of Uganda noting that creating new states was not a cultural but political issue and the Obusinga can’t be party to that.

President Museveni commended the Omusinga for separating the cultural functions of the Obusinga from the political functions of the State. He warned that any one who hatches a plan to take any part of Uganda to form a new State will not be tolerated.

“Anybody who thinks of dividing our country will not be tolerated. I will work closely with the Kingdom to ensure peace and development,” he said.

The President assured the Omusinga that government will support the Obusinga Bwa Rwenzururu to perform their cultural roles and will also contribute to the development of the Rwenzururu Heritage University.