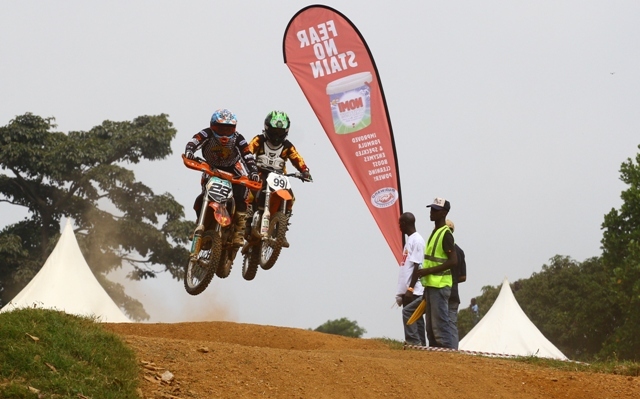 Kenyan motocross ace, Ivan Guya, has set the tone for his highly anticipated clash with Uganda’s champion Maxime Van Pee by claiming that he’ll take Ugandan rider to class in the fifth round national championship event due at Garuga Racecourse track this Sunday.

Guya, one of the fastest riders in East and Central African region and also on continent, is reigning Kenya national motocross (MXI) champion.

And after confirming his participation, the Kenyan used one of his social media platforms this week to issue a bullish warning to Ugandan riders, particularly aimed at Van Pee, the local kingpin.

“I am going to teach Ugandans motocross,” Guya said, adding that he’ll show his rivals how to combine speed and skills.

The Kenyan star, who missed the East and Central motocross championship event held at Uganda Motocross Arena Busiika in April, has assured local fans of entertainment on the track.

“We’re happy that Guya is coming after his father agreed and I believe Maxime has what it takes to tame him,” Blick commented on the highly anticipated battle of wits between Van Pee and Guya in the MXI category.

Guya will lead a Kenyan team comprising of Ngugi Waweru, Rolf and Dekker Kihara in the event.

A team of best performing riders from each category will be selected after the event to represent Uganda in the African motocross championships due next month in Zimbabwe.

Blick, who is gunning for a domestic motorsport treble in rallying, MXI and 4WD competitions, trails Van Pee by 35points in the MXI title race.