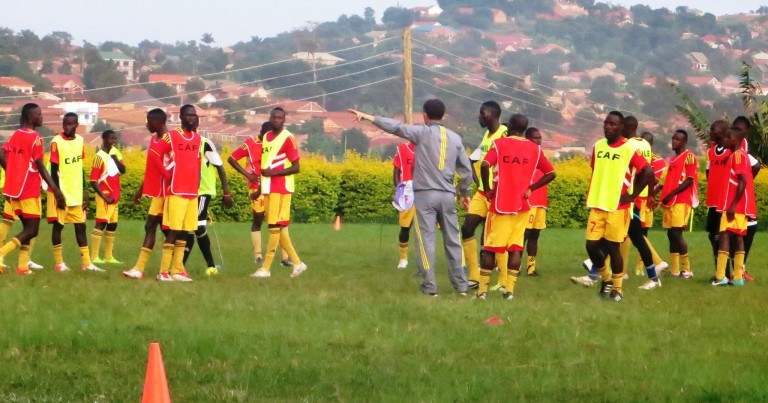 There haven’t been many teams in the history of football that have reversed a first leg deficit of four goals to progress to the next round.

And after The Kobs (Uganda’s under-23) side’s 4-0 loss to Egypt last weekend in the Africa under-23 Championship qualifiers, coach Milutin ‘Micho’ Sredojevic is still smarting from that humiliation.

Addressing the media at Fufa House, Mengo on Wednesday July 22, he explained how Egypt for the good part of Uganda’s Independence, has proven to be a bogey side.

And indeed, before the recent massacre in Alexandria, Egypt had beaten Uganda six times and lost once in the nations’ last seven meetings.

Nonetheless, it remains difficult to fathom the fact that the last time any Ugandan team, in any category, ever suffered such a whitewash, was in March 1999 when Tunisia beat Uganda Cranes 6-0 in Tunis.

Since then, there have been some other embarrassing defeats like the 4-1 defeat away to Benin in 2008 during the 2010 World Cup qualifiers. But the key thing then, is that Uganda still managed to score a goal to make the score a little more respectable.

Besides, it was a group stage game, while the recent one is a knock-out home and away affair from which The Kobs are unlikely to bounce back.

The Kobs’ chances of qualifying for next year’s Olympics in Rio De Janeiro are bleak, just as is the possibility of qualifying for the under-23 Africa Football Championship for the first time in Uganda’s football history.

But they met a Uganda under-23 side that was first assembled in February. In 2012, Uganda had an under-20 team that tried to qualify for the Africa showpiece that year before Ghana knocked them out 4-3 on aggregate despite carrying a 3-1 first leg win.

However, of all the players used then, only two are on this under-23 side: Goalkeeper Jamala Salim and striker Erisa Ssekisambu. Without continuity and stability in playing personnel, good results are hard to come by.

Notably, it’s when players stay long together that they grow in confidence. And with a better camaraderie on the field, even their technical ability improves. But with the tinkering that goes on in the team too, given the fact that some players were fielded in uncustomary positions.

This affects application of players. But at the same time, before The Kobs flew out for the first leg, Micho was hoping that his squad’s strength would be boosted by the arrival of three Cranes stars: Kizito Luwagga, Geoffrey Kizito and Khalid Aucho.

Another one like Muzamir Mutyaba was dropped from the team following news that he is above 23 years of age. By all these players not coming, it’s said the team was partially affected psychologically, raising self-doubt hence making it easy for Egypt.