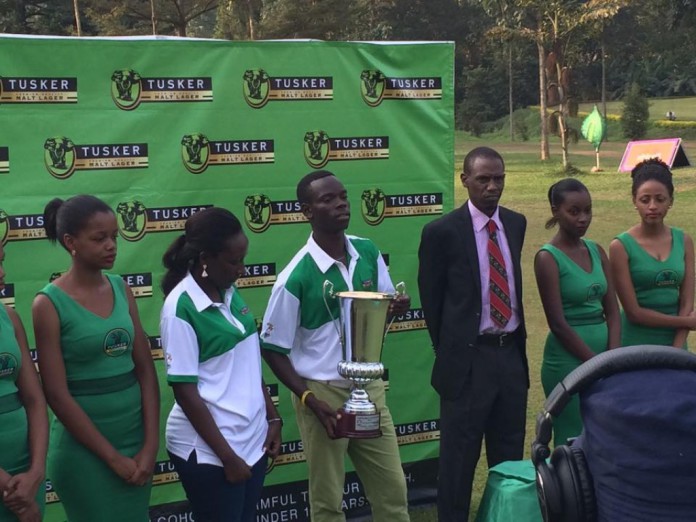 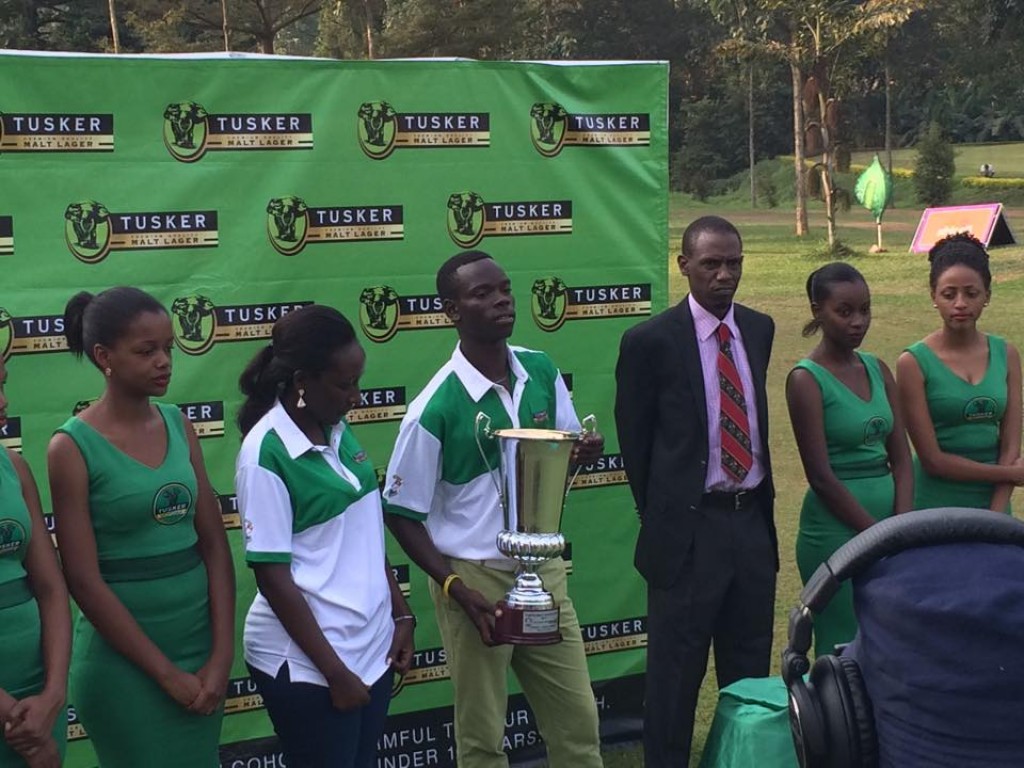 With face telling, Ronald Otile calmly putted for a par to etch his name in history of the Uganda Amateur Open.

However Otile didn’t have it easy, as he had to withstand a late charge from Toro golf club member Richard Baguma to claim the 2015 Tusker Malta Uganda Amateur Open at the par-72 golf course, Kitante on Saturday evening.

In an Open where golfers struggled on a brown, bone dry with sand everywhere on the course, Otile returned a gross score of 297 two strokes ahead of Baguma.

“These have been four tough days, the course and field (players) it’s been super competitive; I thank God for this title,” Otile told gathering at Uganda Golf Club (UGC).

Otile who led from day-one, returned a gross score of 297 (70, 75, 76 and 76), the lowest of the previous winners of the Open since 2012 as golfers and officials attributed appalling scores, emphasizing just how dry and hard the course is, deeming it excessively difficult.

“The back-9 was too fast and hard felt like a stroll across a concrete parking lot, it can pass for law-tennis court” said course greensman Gideon Kagyenzi, who posted a gross score of 300 (71, 74, 74 and 77) to finish third.

The top eight golfers at the ongoing Open will carry Uganda’s flag during next month’s East African Golf Challenge in Kigali, Rwanda.

Martin Ochaya pulled out of the Open due to malaria after Day-One, Lawrence Muhenda was disqualified for returning a doctored score-card, while Robert Oluba missed the cut are the victims from the Africa Zone VI Championship triumphant team.