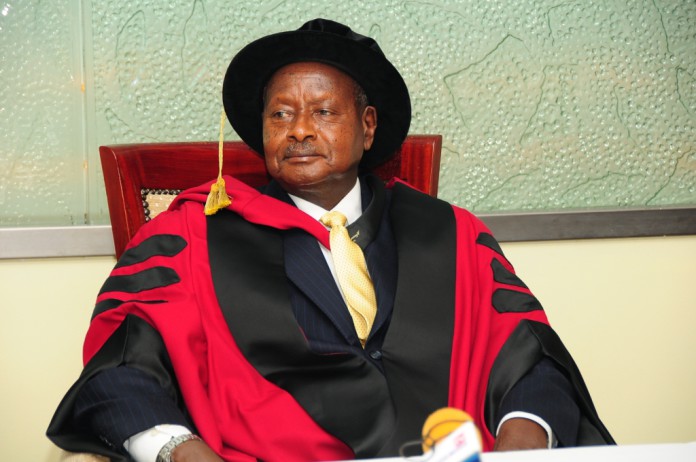 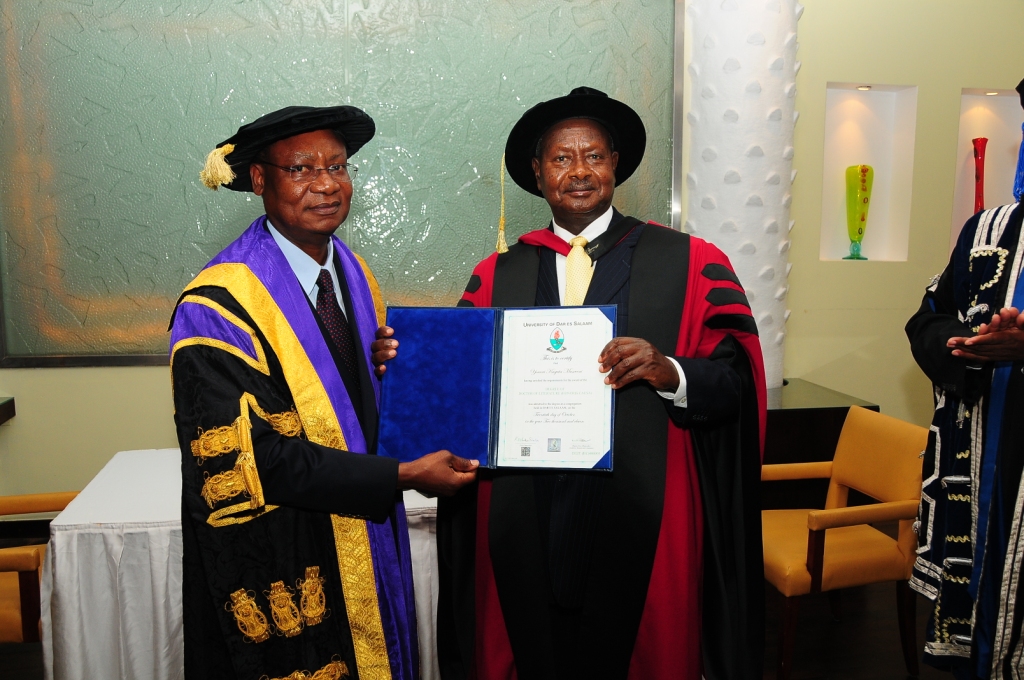 Dar es Salaam-President Yoweri Museveni has been honoured by the University of Dar es Salaam for his noble contribution in the application of knowledge to solve problems.

Museveni was awarded a certificate of Doctor of Literature Honoris Causa and decorated by Prof. Rwekaza Mukandala the University Vice Chancellor.

“The award is in recognition of your notable contribution in the application of knowledge to solve real problems. Despite the immense challenges which the Republic of Uganda and its people are facing in the aftermath of wars and civil conflicts, you have endured and managed to hold the country together and ensure peace and order,” Prof. Luoga said.

Prof. Luoga said under Museveni’s leadership, Uganda is settling and tribal politics that posed a serious threat to a united Uganda have been harnessed.

“Your approach is managing and controlling the HIV/AIDS pandemic is lauded as one of the most effective national responses to the pandemic in the continent,” he said.

Prof. Luoga said successive governments after Idi Amin grappled without success to bring under reign the hyperinflation that collapsed the Ugandan economy but it is Museveni’s commitment and strong leadership that has salvaged the Uganda economy and today it is ready for integration within the East African Community. 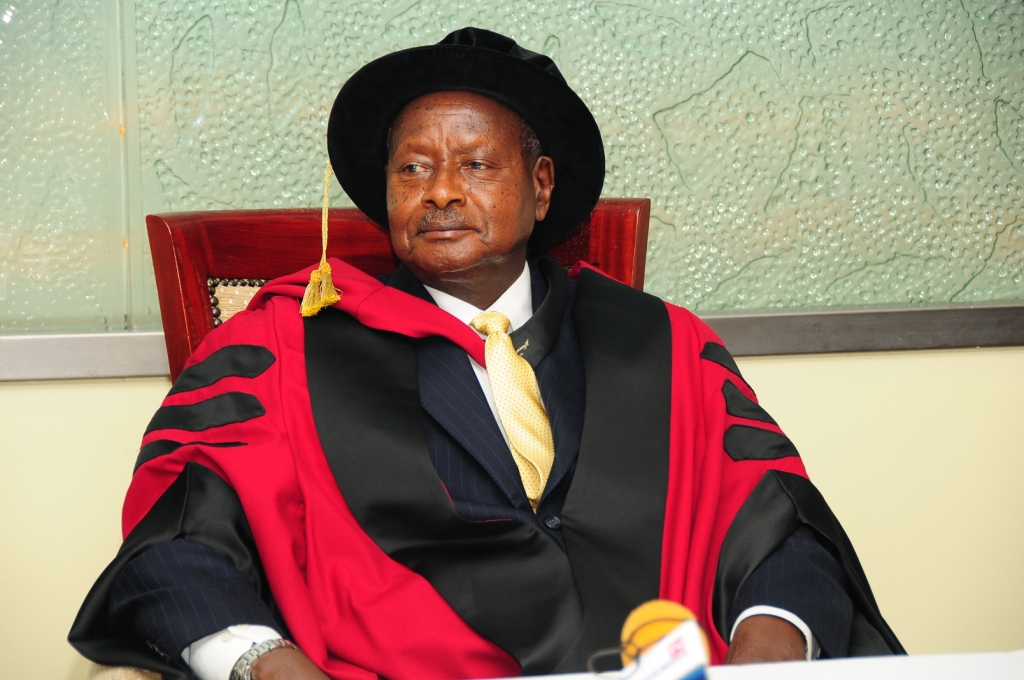 “It cannot be denied that your excellence stands as a stabilizer of the nation and a champion of change,’’ said Prof. Florens Luoga.

The President was donned by Prof. Pius Yanda with an academic gown, Prof. Penina Mlama donned President with the appropriate hood, Prof. Agnes Mwakaje placed the cap and Prof. Rwekaza S. Mukandala presented to the President certificate of the Doctor of Literature.

Museveni said it was a great honour for the University to recognize his humble contribution and. He said that he chose to study in Dar es salaam University because of the political atmosphere President Mwalimu created for East African Integration and for the political movement. He noted that students and academicians helped them a lot to solve many problems in Uganda.