Kampala-President Yoweri Museveni has said that senior Uganda People’s Defence Forces (UPDF) officers and National Resistance Movement (NRM) and convinced him to stand for the 2016 elections.

Museveni, who today picked nomination forms from the ruling party secretariat in Kampala to contest as party flag bearer, told his supporters and journalists that the ‘historicals’ abide by proper party procedure.

Accompanied by the Vice President Edward Sekandi, ministers and the party historicals, Mr Museveni seemed to take an indirect swipe at former Prime Minister Amama Mbabazi, who has declared he is also contesting for President. 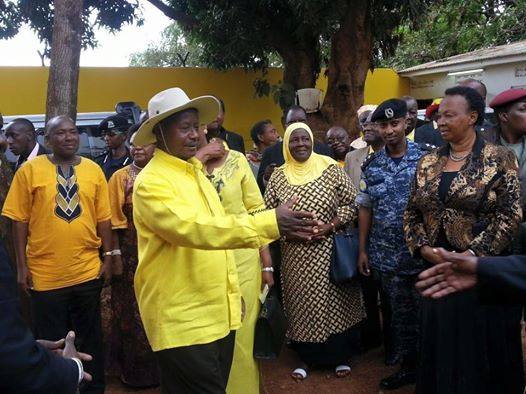 “Historically, we worked and when we were done we would sit down to assess our achievements. This business of I want, I want, is not our culture of work,” Museveni said.

Should he win next year’s elections, Museveni will serve a fifth term, capping 35 years in power since the NRM/A stormed Kampala on January 26, 1986, after a grueling five-year guerrilla war between 1981 and 1986, fought against the Milton Obote and Tito Okello Lutwa regimes.

Meanwhile, Mr Mbabazi today said he would not contest for presidency on the NRM ticket, leaving Museveni unopposed in the party elections due for September this year.