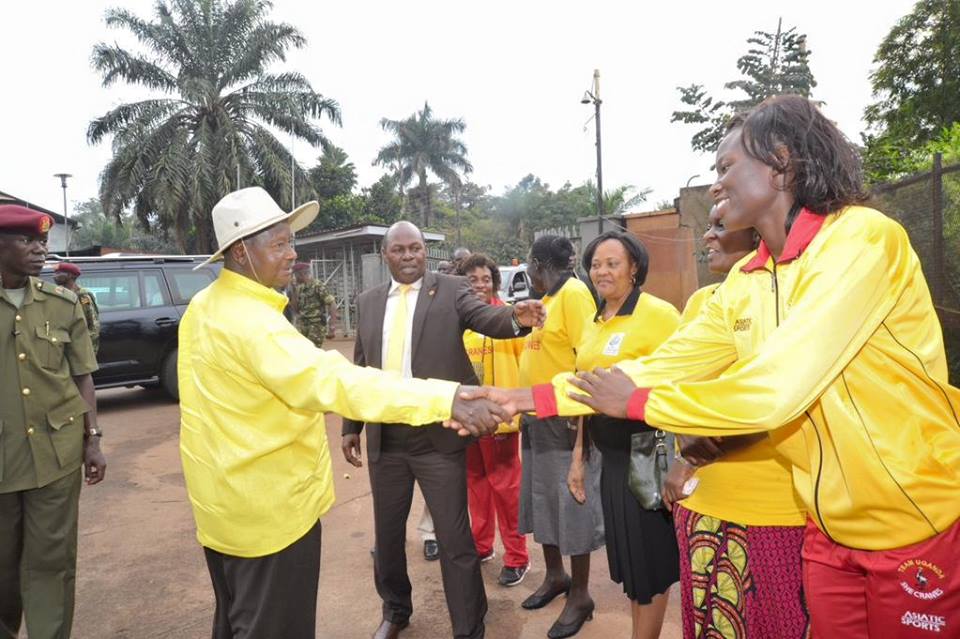 Uganda’s representatives to the Netball World Cup touched down in Sydney, Australia yesterday, teeming with enthusiasm.

The team was officially flagged off by President Yoweri Museveni at the National Council of Sports (NCS) grounds before they left the country on Saturday at noon.

President Museveni offered $1000 to each member of the 23 travelling members (12 players and 11 officials), and implored the players to perform well. “Go, make us proud” Museveni said.

The squad’s new head coach, Rashid Mubiru, who substituted Fred Mugerwa at the last minute after the Netball Federation made the shocking appointment, promised a great show.

“We have trained enormously. The players are materially and ardently solid to meet the world’s premium,” he said.

Team captain Peace Proscovia from Loughborough Lightening club in the United Kingdom lauded the president for the “upkeep.”

“We have trained, had many friendlies with numerous muscled men’s teams and with the motivation from the president ($23,000) for the team is purely a noble inspiration,” she said.