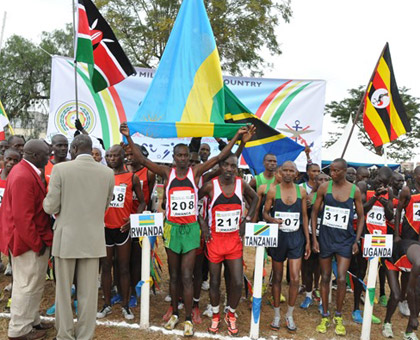 The defence forces of the EAC partner states have today started competing in the 9th Edition of the East African Military Games and Cultural Event slated for August 15 to 26 at the Mandela National Stadium in Kampala.

The event, themed One People One Destiny through EAC Military Games and Cultural Event 2015, will involve over 500 participants representing the various services of the defence forces of the EAC partner states.

According to a release, the games will involve the disciplines of athletics (Cross-country Race), boxing, football, netball and handball.

‘The East African Military Games and Cultural Week is an annual event instituted since 2005 when the first edition was held Kampala, Uganda. The second edition of the games was held in Nairobi Kenya in 2006. The objective of the Military Games is to contribute to building confidence among the EAC Defence Forces under the EAC Memorandum of Understanding on Co-operation in Defence Matters’ the release states in part.

The Secretary General of the EAC Dr Richard Sezibera said the games would enhance regional cooperation.

“When the people perceive that our defence forces are working together, carrying out joint exercises and engaging in sports activities that project mutual trust and confidence, they inevitably garner higher levels of confidence in the East African Community project at both economic and political dimensions. Indeed, our common security future is best guaranteed by the moulding of an East African soldier and a unified territorial defence system,” Dr Sezibera was quoted as saying ahead of the games.

He added: “the success of the Exercise will widen and deepen the long established cooperation among the Defence Forces of the Partner States and also enhance the process of fast tracking the integration process”.

The Partner States of Burundi, Kenya, Rwanda, Uganda and Tanzania are holding the Military Games under the East African Community Memorandum of Understanding (MOU) on Cooperation in Defence Matters which has specific provisions for Sports and Cultural co-operation as well as joint military exercises, among other joint activities intended to build confidence and esprit de corps among the EAC Defence forces.

The EAC Memorandum of Understanding (MoU) on Co-operation in Defence Matters was signed in 1998 and revised in 2001 and has now been upgraded into a Protocol.