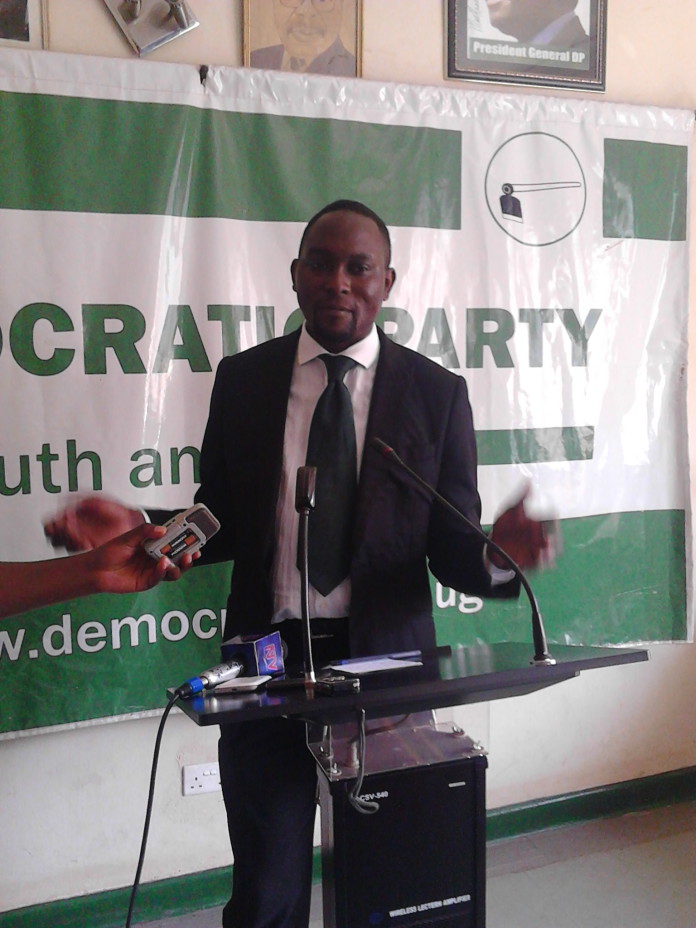 Democratic Party president Norbert Mao is set to hand in a formal request to The Democratic Alliance seeking to be its flag bearer ahead of the 2016 presidential elections.

The party made the announcement during the weekly press conference at the party headquarters in Kampala this morning.

“He has all the qualities needed to lead the country, a great political record that all Ugandans know about, we are therefore going to see to it that he leads TDA In 2016,” Mr Waiswa Mufumbiro said.

In a bid to oust President Yoweri Museveni and the NRM government from power, several opposition political parties have joined the TDA, prompting individual opposition figures within the parties to scramble for the apex leadership of the loose alliance.

“All political parties are looking at one thing … and therefore nothing will have to stop us,” Mr Waiswa Mufumbiro added.

Among the political parties that joined TDA is Forum for Democratic Change, the Democratic Party, JEEMA and the Conservative Party.

However, the Uganda People’s Congress has declined to join the alliance, with its president Jimmy Akena saying the TDA has a poor roadmap that may give them no chance against the ruling NRM party.

But the DP mouthpiece brushed aside Akena’s claims, and instead said that the UPC still owes Ugandans an apology for the way it treated them during Obote’s regimes and that by joining TDA UPC would acquit itself.

“UPC had the perfect opportunity for Ugandans to forgive it, however if they want the status quo to remain, it’s up to them, anybody who doesn’t jump onto our band wagon will be left to die,” Mr Waiswa Mufumbiro threatened.