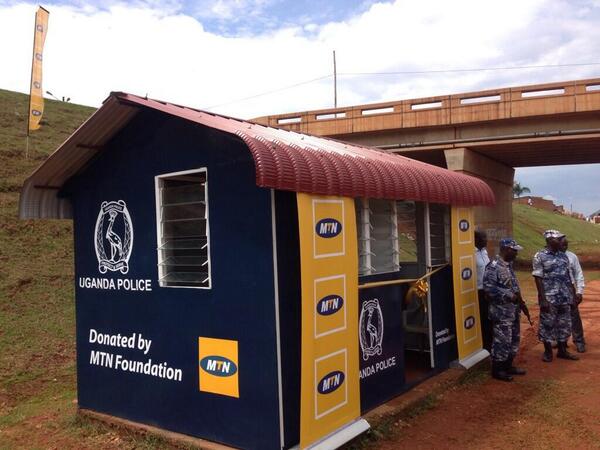 Initially, the Kampala Northern By-pass was to be a four lane road funded by the European Union, the Uganda Government and the European Development Bank. However, due to unknown circumstances, only two lanes were constructed for a start, leaving a reserve for the other two lanes on either side of the road, a long stretch from Bweyogere to Busega. Unattended to, thugs took advantage and unleashed terror on the by-pass users, stealing cars, raping women and murdering people, among other crimes.

Then, in a bid to curb crime police swung into action, and  built temporary police booths in the reserve that were stationed approximately two kilometers away from each other.

Success was registered as the crimes reduced due to police presence.

However, the Uganda National Roads Authority (UNRA) has now embarked on the construction of the two other lanes, meaning all the temporary police booths on the reserve have to be removed, ostensibly leaving no permanent police presence along the by-pass.

This development has scared the residents of Kiwatule Zone and other people who use the by-pass, who say criminals may take advantage of the removal of the police booths to strike once again.

Samson Kakande, a boda boda cyclist operating along the route expressed concern, saying their motorcycles may not be safe.

“Boda boda thieves on this road had disappeared, we are now working without fear of being hit by a hammer or iron bar because of police presence, but I am afraid it may start again,” Mr Kakande said

But in an interview with Eagle Online, police spokesperson Fred Enanga said the removal of the temporary police booths will not affect their operations in the area.

“The structures are simply to be moved upwards out of the road reserves but within the same locality along the road,” Mr Enanga said adding: “The communities need us and we shall continue serving them with our static visibility.”

Mr Enanga also said police will explore alternative measures in collaboration with UNRA and other respective agencies to ensure security in the area.

“We have police posts and stations along the road and we are going to use these as an alternative; we shall transfer our officers to these posts,” he added.