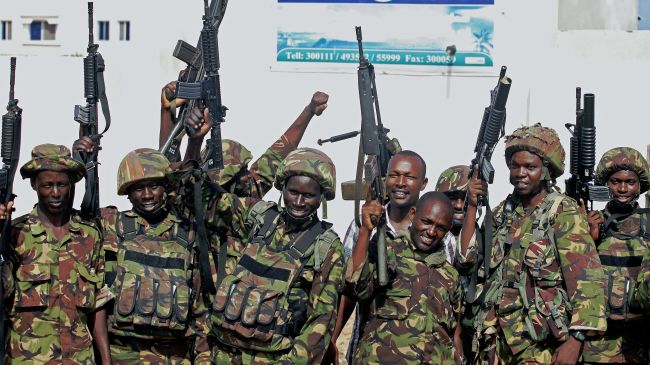 Militaries in Africa have been advised to consider ‘joint procurement’ (at certain levels) in a bid to overcome the financial and administrative challenges that impede their readiness.

According to the report: Ready to Serve: Financing African Militaries and Securing Readiness, released August 21 by Think Security Africa (TSA), there is a likely change in the funding priorities of military operations in Africa due to ‘increased budgetary uncertainty’ and a ‘sharp drop in commodity prices.’

The TSA report cites nine key changes in Africa’s defence environment and also indicates that 18 per cent of the African armies are ‘impacted by existential crises and 35 per cent are undertaking operations beyond normal peacetime activity.’

“The key findings of the report, which uses infographics and maps as visual aids, is that new funding priorities and approaches to resourcing African militaries are required. This is to ensure that African militaries retain and develop the capacity to guarantee national defence,” The report by Africa Press Organisation (APO) states in part.

According to the TSA founder Adunola Abiola, African militaries and donors are likely to change funding priorities to enhance the sustainability of operations ‘if the rise in military operations in Africa continues, alongside rising budgetary uncertainties’.

“In addition to this, militaries will have to cooperate more closely on the administrative and operational levels, and defence contractors will likely have to amend the way they market and supply, “Abiola says. The TSA report comes in the wake of several militaries across Africa participating in peacekeeping and support operations across the black spots on the continent, with the tacit approval of the African Union.

For instance, in East Africa Uganda, Kenya and Burundi are troop-contributing countries to war-ravaged Somalia, while Rwanda and Tanzania has over the years deployed peacekeepers in the Darfur region of Sudan and in the Democratic Republic of Congo (DRC), respectively.