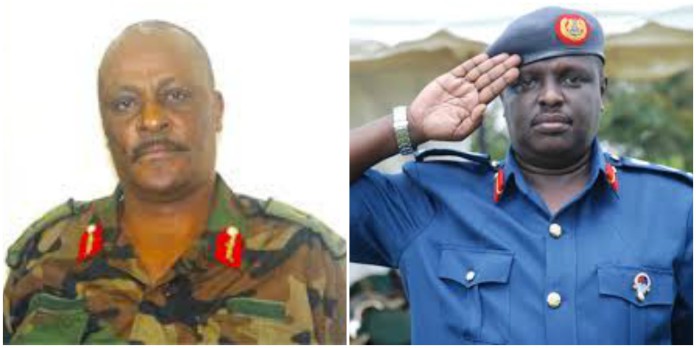 On Febraury 6 1981, Yoweri Museveni and a group of 27 armed men attacked Kabamba Military Barracks, setting off what would later be known as the Bush War, a five-year military engagement with the Uganda National Liberation Army (UNLA) serving under Milton Obote and General Tito Okello Lutwa.

During the five years from 1981 to 1986, Mr Museveni has had armed men who were very close to him, serving as his Aide de Camp (ADCs). Below the Eagleonline traces some of them, those who are living and the others who have since passed on.

He was among the first 27 NRA fighters that attacked Kabamba. He became President Museveni’s bodyguard in 1981. He died in the 1990s.

He was among the 27 NRA fighters that attacked Kabamba on February 6, 1981. He guarded President Museveni in early days of the bush. Because of bravery that bordered on recklessness, he was named Suicide.

He is the current UPDF Chief of Doctrine. A decorated and war hero, Maj Gen Kutesa guarded Museveni during the days when Museveni would cross Lake Victoria to go to Kenya to meet the NRA External Wing, chaired by Mathew Rukikaire. He has authored a book; How I saw It, that chronically tells the bush war story. He was one of the commanders of the NRA fighters who captured Kampala in 1986. 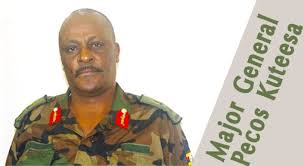 Major General (rtd) Benon Buta Biraro joined Bush war in 1982, just after completing his degree at Makerere University. According to Wikipedia, by 1984, he had risen to the position of Secretary to the High Command and during this time he worked as Aide de Camp to Museveni.

After the was in 1986, he briefly worked as the Deputy Principal Private Secretary to the President, before being named Special District Administrator of Kitgum. Maj Gen Biraro has also worked at the National Leadership Institute Kyankwanzi, was one time the Commandant of the Military Police and later went to the Uganda Senior Staff Command College at Kimaka, where he also served as Commandant. 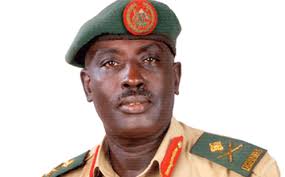 A highly decorated soldier and diplomat, Maj Gen Biraro has also served as the UPDF Deputy Chief of Staff (DCOS) and later joined the African Union (AU), where he served as the Chief of Strategic Planning and Management Unit of Peace and Security Commission in Addis Ababa, Ethiopia.  In 2008, he resigned from the Army.

Today, Maj Gen Biraro is one of the presidential contenders for the 2016 elections, having picked his nomination forms last week.

When Museveni and the National Resistance Movement/Army took power in 1986, Lieutenant Colonel Akanga Byaruhanga was the President’s Aide de Camp. One of the 27 armed men that attacked Kabamba, Lt Col Akanga at one time also headed the force in charge of the President’s security detail, the Presidential Protection Unit (PPU).

At the rank of Captain, Sam Kavuma Magaga was Museveni’s ADC in 1998. After leaving the PGB Kavuma, who rose to the rank of Brigadier in 2011, has since worked as Division 5 Commander in Pader; Commander of the Regional Taskforce against the LRA in Southern Sudan and Central African Republic (CAR) and, Brig Kavuma’s most recent deployment is to the Africa Union Mission to Somalia (AMISOM), where he is the overall UPDF Contingent Commander.

Brigadier Kavuma is a graduate of the National Defence School Kenya, which he left in 2013.

Noble Mayombo was a highly regarded UPDF officer, who joined the then National Resistance Army in 1985. By the time he was appointed Aide de Camp to Museveni, Mayombo was a Captain. In 1994, at the age of 29 Mayombo, a law graduate of Makerere University was named by the NRA as one of its 10 delegates to the Constituent Assembly that drafted the 1995 Constitution. Mayombo was the youngest delegate but during debate he acquitted himself as a person with good understanding of the law.

After the promulgation of the Constitution in 1995, in 1996 Mayombo was again elected as one of the 10 NRA representatives in Parliament, a position he left in 2006 after he was appointed Permanent Secretary Ministry Of Defense.

Earlier in October 2005, Mayombo hads been promoted to the rank of Brigadier and in November the same year he was appointed Chairman of the Board of Directors at the Vision Group.

During his colourful military career, Mayombo served in various capacities including as the Chief of Military Intelligence (CMI).

With a keen attention for detail, Mayombo as Museveni’s ADC is most remembered for bending to tie the president’s shoe lace at a public function.

In 2007 Brig Noble Mayombo died at the Aga Khan Hospital in Nairobi, aged 42.

A son to the former Kyabazinga of Busoga Henry Wako Muloki, the younger Muloki became Aide de Camp to President Museveni while at the rank of Captain in the early 1990s.

When Muloki left the PGB, he was replaced by Moses Rwakitarate, who had earlier on replaced him as ADC to the Army Commander Major Gen Mugisha Muntu.

Rwakitarate joined the NRA in 1988 and, like many of his collegues, served in various capacities in the army including being the ADC to Army Commander Major General Mugisha Muntu. He also worked with the Anti-smuggling Unit (ASU) under Brigadier Andrew Lutaaya; the CMI and State House, where he later became the Commander of the Presidential Guard Brigade (PGB). He also served as the Division 4 Commander in Gulu before he was deployed to the Airforce as Chief of Staff.

It was in 2002 while he CoS at the UPDFAF that Rwakitarate landed into problems, when two Ugandan choppers crash landed in Kenya. He was suspended and today little is known about his deployment.

Herbert Makanga was Museveni’s Aide de Camp in the 1990s when he was a Captain with the Presidential Guard Brigade (PGB). He was later transferred to Internal Security Organization (ISO).

Born in 1963, Brigadier Leopold Kyanda is the current Chief of Staff Land Forces, appointed to that office in 2013.

Brig Kyanda is said to have attended the prestigious Royal Military Academy, Sandhurst in the UK, and has served in different capacities in the UPDF including Commander of the Presidential Guard Brigade (PGB), Chief of Military Intelligence (CMI); Military Attache at the Uganda Embassy in Washington DC and as UPDF Chief of Personnel and Administration (CPA).

Captain Stuart Agaba worked as Aide de Camp to the President in the 2000s until he was dropped as ADC in 2007. It is said that Agaba is currently at the rank of Major but little is known about his deployment.

He was replaced as Museveni’s ADC by then Major Wilson Mbadi.

At the rank of Major, Wilson Mbasu Mbadi became Aide de Camp (ADC) to President Museveni in 2007. He served as ADC until 2012, when he was deployed as Division 4 Commander in Gulu. A graduate of the Royal Military Academy, Sandhurst, Mbadi has attended several military courses and also served the military in various capacities, rising to become the UPDF Joint Chief of Staff in 2013, a position he still holds.

The first woman to serve as ADC to president Museveni since 1986, Rebecca Namulondo was a Senior Non-Commissioned Officer (SNCO) when she was appointed to the job closely overseeing the president’s security. She held forte as ADC for a short stint and was replaced recently.