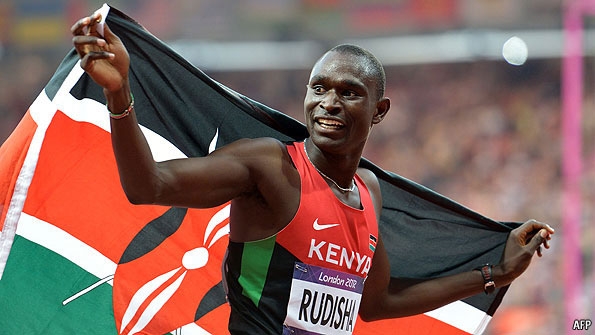 David Rudisha, the 800 metres sprint ‘King’ is back after leading  a number of athletes including another comeback Vivian ‘Pocket Rocket’ Cheruiyot in bagging medals as Kenya made news at the World Athletics Championships, putting the East African nation back on the athletics world map.
As Kenya’s athletes continued firing from all cylinders, their famous victories also caught the attention of members of the East African Legislative Assembly sitting in Kampala, Uganda, prompting a Motion for Resolution to support the East African athletes from Kenya at the just-concluded World Athletics Championships in Beijing, China.
The Resolution appreciated that Kenya had taken the lead in the Beijing games having amassed a total of 11 medals: six gold, three silver and two bronze.
The Resolution further urged the EAC Council of Ministers to implore partner states to provide more funding and establish the state of art facilities to enable EAC athletes enhance their skills and global dominance.
Article 19 of the Treaty for the Establishment of the EAC which obliges Partner States to promote close co-operation amongst themselves in culture and sports with respect to promotion and enhancement of diverse sports activities.
EALA also resolved that EAC Partner States should protect sports personalities especially the females who are prone to different forms of abuse.
“Our East Africans of Kenyan origin need to be commended for their exemplary performance to uplift the name of Kenya in particular and the EAC region in general in World Athletics Championship,” Martin Ngoga of Rwanda, said.
Hon Ngoga said it was necessary for the EAC to collectively take pride when one partner state excels.
There is some excitement this year out of the games. Each medal Kenyans win is out of their sweat”, Hon Ngoga said and added: “We need to recognize the prowess and mention that they are inspiring the young persons.”
Dr James Ndahiro (Rwanda) termed the Resolution timely and that it was further in line with the enactment of the Culture and Creative Industries Bill, 2015 passed by the Assembly at the Sitting.
Leonce Ndarubagiye (Burundi) said athletes were indeed the pride of Africa, while Mumbi Ngaru said sports was key and mentioned that integration was on-going through sports.  “The EAC Military Games are on-going here in Kampala, Uganda this week and it is in order that I applaud all participants,” she said last week.
Susan Nakawuki (Uganda) noted that She-Cranes (Uganda) had also performed well in the Netball World Cup as were a number of athletes from Republic of Uganda. She called on the EAC Partner States to establish rigorous infrastructure to effect anti-doping measures in the industry.
Mike Sebalu (Uganda) said it was time for the EAC to associate with the celebrities and icons of the region and in that way create awareness, while Sarah Bonaya (Kenya) said the rest of the partner states could learn from the successes of Kenya which has invested heavily in athletics and sports.
Abdullah Mwinyi rooted for grassroots’ support.  “It is of critical importance as we broaden base of talent and opportunities at all levels.
The EAC can think about a further competition. I commend them for organizing debates.  Let us have athletics for example also done,” Hon Mwinyi said.
He lauded Kenyan Julius Yego, the gold winner of Javelin who threw 92.72 metres, setting a new continental and national record.  The Gold winner picked up interest from YouTube videos.   “This is a devastating example of technology allied with determination,” he said.
With the Resolution, the Speaker of EALA, Rt. Hon Daniel F. Kidega adjourned the Assembly Sine die (Indefinitely).
At the Kampala Session, EALA passed at total of six Reports, one Bill, three Resolutions and deferred another Bill.  The Assembly also administered the Oath to the incoming Counsel to the Community as an ex-officio of EALA.