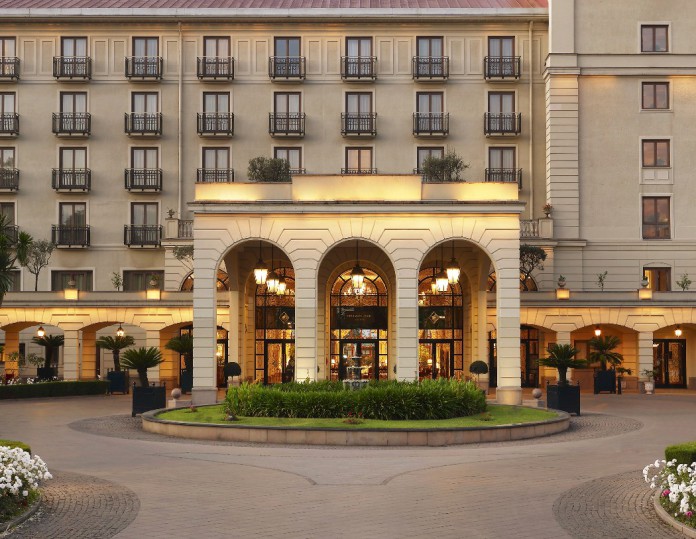 The most expensive place for ‘a good night’s sleep’ in Africa is in the Ethiopian capital Addis Ababa, where a hotel room goes for US$232.
According to a survey of prices of international grade hotels in selected major African cities, produced by hospitality research firm STR Global ahead of the Africa Hotel Investment Forum (AHIF) taking place at the end of September, in the first six months of this year a room in Lagos cost $215.75, while one in Nairobi cost $144.76.
Other costly cities include Cape Town ($122.30) Casablanca ($105.73) Cairo($103.54) Johannesburg ($72.90) and US$70.70 in Sharm El Sheikh.
“A great deal of the reason for the difference in rates across major African cities is simply supply and demand,” Thomas Emanuel, Director of Business Development, STR Global, says. Addis Ababa has a shortage of top quality hotels.  However, with the Ethiopian economy growing at a rapid rate of more than 10% per annum for the whole of the last decade, with more conferences coming to the city by virtue of its status as the seat of the African Union and with Ethiopian Airways on a similar growth trajectory to the country, thanks to new routes and increased passenger numbers, there is a high demand for premium hotel rooms.  By comparison, Johannesburg is a long-established, sophisticated international city, with a large number of 5* hotels and a competitive market for accommodation.
Looking at how hotel prices have changed over the past year, there have been substantial rate rises in Sharm El Sheikh, up 42.5%, Addis Ababa, up 14.9%, Johannesburg, up 11.0% Cape Town, up 10.8% and Cairo, up 10.6%.  Whereas, there has been a recovery in Lagos up 5.8% whilst Nairobi is broadly the same and Casablanca has suffered a 4.0% decline.
The increases in Sharm El Sheikh and Cairo can be explained as a recovery in tourism to Egypt, following several years of political unrest.  Cape Town’s improvement is due predominantly to increased demand and no recent increases in supply since the 2010 World Cup.  In the face of the recent terrorism incidents in Kenya, Nairobi’s hoteliers have chosen to maintain rates but they have suffered with lower occupancy.  The rise in room rates in Lagos cannot be explained simply by supply and demand because there has been a combination of factors that would normally be expected to exert a downward pressure on price.  First, there is a hotel development boom in Lagos with 3,611 new hotel rooms in the pipeline, according to W Hospitality Group, second, there has been a collapse in the oil price, which is damaging Nigeria’s heavily oil-dependent economy and third, occupancy has fallen below 50%.  The rate decline in Casablanca is due in part to economic weakness in France, its major source market and in part to currency fluctuations.
At AHIF, Thomas will be reporting on year-on-year hotel performance in some of Africa’s key markets and adding further interpretation and analysis of the main trends.
Matthew Weihs, Managing Director, Bench Events, which organises AHIF, which attracts all the major international hotel investors in Africa, where this information will be discussed in detail said: “The wide disparity in room rates with exceptional prices being achieved in places where there is a shortage of supply, make it clear that there are parts of Africa that offer very attractive prospects for hotel investors. The best way to gain a deeper understanding of this industry is to come to Addis and meet the people who are driving it forward.”
AHIF is the preeminent gathering of international investors in hotels in Africa.  It takes place in Addis Ababa on Sept 30 – Oct 1.