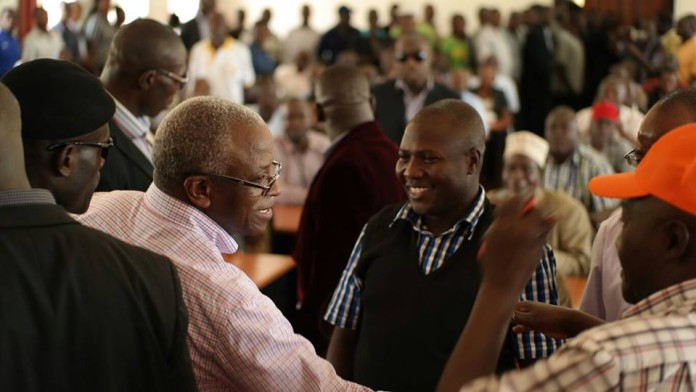 Former Prime Minister John Patrick Amama Mbabazi is in Mbale for consultative meetings ahead of his 2016 presidential bid.

Mbabazi, who is addressing delegates from the Elgon region at the Mbale-based Protea Hotel, will later proceed to the Cricket Grounds to address a rally.

Mbabazi was set to start his consultative meetings in Mbale in July but was stopped and arrested by Andrew Felix Kaweesi, the then Director of Operations in the Uganda Police Force. 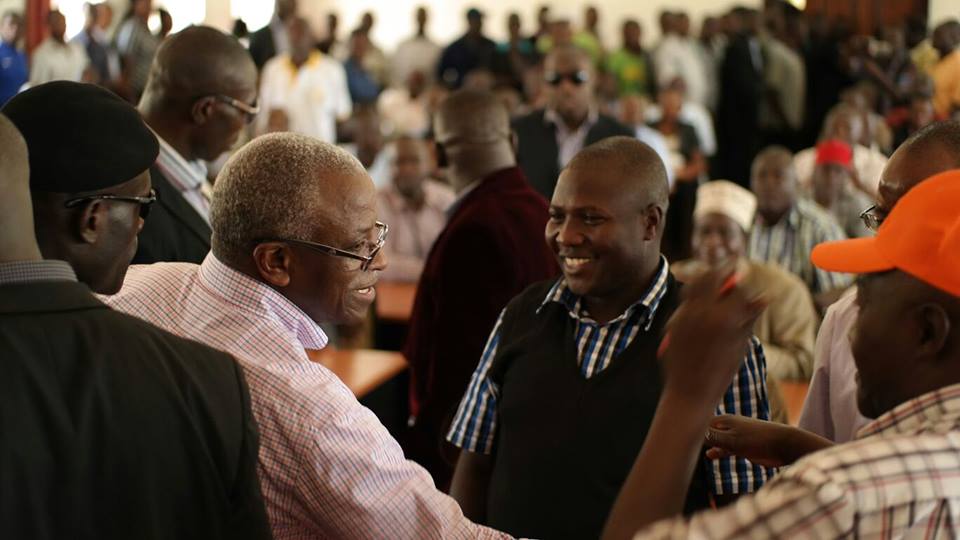 But this time round, in a letter dated September 1, 2015, the Inspector General of Police General Kale Kayihura cleared Mbabazi to carry on with his consultative meetings, but directed the former Premier to comply with the Public Order and Management Act (POMA).

“You furnish the respective District Police Commanders with evidence to use premises by owners and managers,” reads the letter in part.

Meanwhile, sources in Mbale indicate that unlike the July 9 incident when Mbabazi was stopped from travelling to Mbale, this time there is no massive deployment by security agencies.

The source further said that this time the turn-up of supporters is low, possibly because parents are taking their children back to school ‘so they cannot ignore such a responsibility to attend a campaign rally’.

The source also hinted at the National Resistance Movement (NRM), grassroots primaries, saying they could have affected the turn-up for Mbabazi’s rally.

On June 16 this year Mbabazi, a former NRM Secretary General, declared he would contest for presidency and chairmanship of the party. However, unfolding events made it impossible for him to secure a party ticket, forcing him to run as an Independent candidate, subject to endorsement by his supporters in about two-thirds of the districts in Uganda.

Meanwhile, it is not known yet how the delegates attending Mbabazi’s consultation were selected since no known election of his officials has taken place.

By filing time, efforts to talk to a member of Mbabazi’s team for details about the selection of delegates were futile.