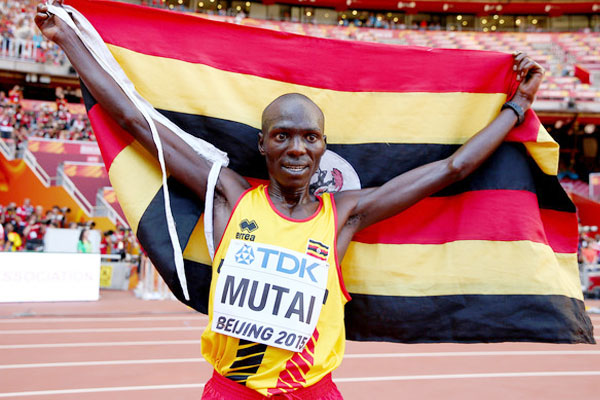 For all his efforts to bag a bronze medal at the just-concluded IAAF World Championships in Beijing, China, Solomon Mutai has been named by the Uganda Sports Press Association (USPA) the Nile Special sports personality for August.

The 20-year old Mutai, battled for the monthly recognition with the She Cranes, who have just returned from a rewarding experience at the Netball World Cup, where they reached the quarter-finals and finished 8th overall at the tournament of 14 countries.

Mutai, who clocked 2:10:42 in the 42 kilometre Marathon, garnered 500 votes, beating the She Cranes, who scored 455 votes by only 55 votes cast during the meeting that was chaired by USPA president Sabiiti-Muwanga.

Former World Marathon Champion Stephen Kiprotich, who is also the reigning Olympic Marathon champion also participated in the Marathon and emerged sixth in a field that had top names from powerhouses Kenya, Ethiopia and Eritrea.

Meanwhile, at the same meeting Sabiiti-Muwanga also commended his colleagues for holding successful road safety activities just over a week ago.