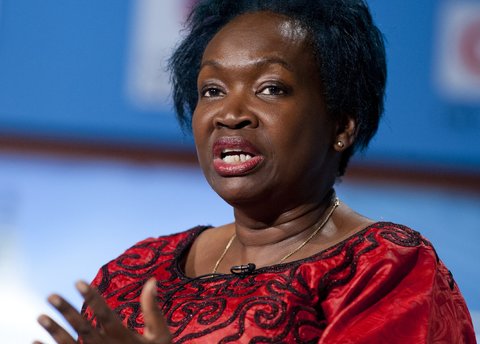 Two Uganda senior officials are to attend a high-profile investment meeting in Beijing, China, aimed at harnessing opportunities in Africa.

Aston Kajara, the State Minister for Finance in charge of Privatisation and Maria Kiwanuka, the Senior Presidential Advisor on the Bretton Woods Institutions (BWIs) will join seven other African ministers for the 4th Annual Africa Infrastructure and Power Forum onOctober 15 to 16 2015, coordinated by EnergyNet.

The Ugandan duo alongside the Kenyan Cabinet Secretary to the Treasury Henry Rotich and Rwandan Minister of Infrastructure James Musoni, are expected to make presentations on the Standard Gauge Railway (SGR), a 485 kilometre multi-billion dollar project being carried out by four countries namely Uganda, Kenya, Rwanda and South Sudan.

Kenyan CS Rotich is also expected to make a presentation on the Lamu Port Southern Sudan-Ethiopia Transport (LAPSSET), a US$4 billion oil pipeline project being carried out by Kenya, South Sudan and Ethiopia.

Kenya is reportedly one of the world’s fastest growing economies, and the East African country has earmarked US$55.6 billion for infrastructure development including the construction of roads.

‘Kenya’s road network urgently needs improvement – essential for trade and tourism, indispensable lines of inward investment,’ a release by the organisers of the forum states in part.

“Continued and increasing investment in infrastructure is crucial to the development of African nations, and Standard Bank is well placed to play a leading role in connecting investors with opportunities across the continent.  We are delighted to be sponsoring the conference for the second year in a row, and we look forward to seeing our customers and stakeholders in Beijing,” David Humphrey, the Head of Infrastructure and Power, Standard Bank, was quoted as saying.

Meanwhile, the 10th meeting of the East African Community Sectoral Council on Energy is under way at the EAC headquarters in Arusha, Tanzania.

‘The objective of the meeting is to review the progress made in the sector in implementing Council decisions and to consider other issues of regional importance in areas of New and Renewable Energy, Energy Conservation and Efficiency, Fossil Fuels as well as Power sub-sectors,’ a release by the East African Community Secretariat in Arusha states.