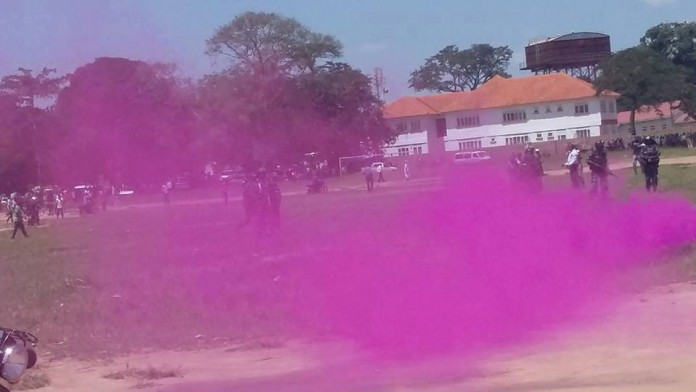 Besigye said by the police firing teargas at Mbabazi and his supporters in Soroti, they were introducing him to opposition experiences under Museveni’s regime.

“Mbabazi is welcome to the struggle to liberate Ugandans from bondage that has been inflicted upon them by the NRM dictatorship. “Karibu Kabisa,” he said.

Mid afternoon today police fired tear gas to disperse Mbabazi’s supporters at Booma Grounds where he was meant to hold a ‘consultative meeting’. This followed complaints by senior officials of the Electoral Commission, who asserted that Mbabazi was holding campaign rallies instead of ‘consulting’.

However, their assertions have been challenged by Mbabazi’s lawyers fred Muwema and Severino Twinobusingye, who say their client was operating within the confines of the law.

Meanwhile, by filing time it was not clear whether Mbabazi would proceed with his scheduled ‘consultation meetings’ in Jinja tomorrow.

Since this week began the Kanungu MP has traversed the eastern region, beginning with Mbale on Monday and Kapchorwa on Tuesday, unexpectedly drawing huge crowds.