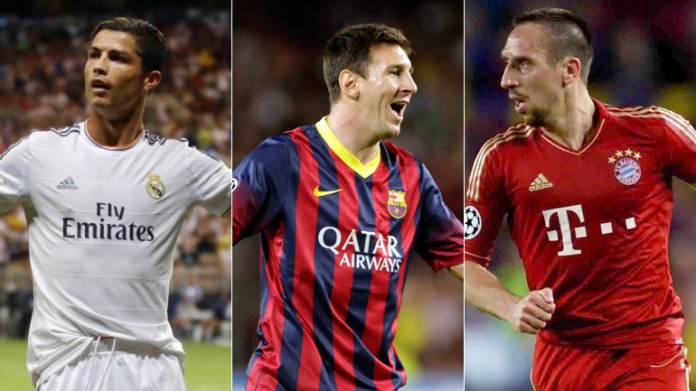 Three leading European teams Real Madrid, Barcelona and Bayern Munich have each offered US$ 1 million towards efforts to support the refugees who are fleeing from the troubled regions of Syria, Afghanistan, Eritrea, Somalia and Nigeria, among other places.

The refugees are trying to find solace in European countries like England, Spain, Greece, Germany and Italy, which acts as the landing spot for the refugees.

Reportedly, there are about 50 people entering those countries but many more including children, women and the disabled who left their homelands in search of food, peace and freedom die while trying to cross the Mediterranean Sea.

So, while Real and Barca have contributed for the refugees in Spain, the Bayern Munich side’s money will go towards transporting the refugees from the border of Hungary to Munich, where they will be welcomed and accorded the necessary assistance.

Another significant gesture will be at the Alliance Arena when Bayern Munich plays against Augsburg in the German Bundesliga at the weekend; each the player will hold a young refugee and German child on the right arm and left arm, respectively, to show solidarity with the refuges.

Meanwhile, English side Manchester United will display banners inscribed with the words ‘welcome refugees’, while AS Roma of Italy has contributed money and also launched an initiative called ‘football cares’ aimed at coordinating and optimizing efforts by clubs around the continent.

But while all this is taking place, the United Nations High Commissioner for refugees (UNHCR) and the Office of Immigration (OIM) have expressed concern that some sections of society in Europe are uncomfortable with the refugees and not willing to offer any help, saying the refugees pose risks, security or otherwise.