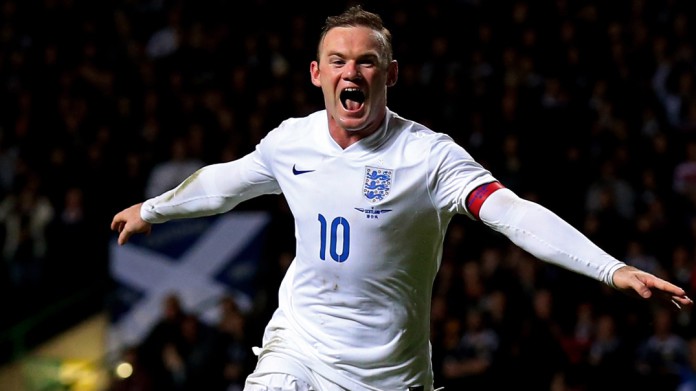 England striker Wayne Rooney has hit the half century mark in a Three Lions jersey, surpassing a record held by his predecessor of several years, Sir Bobby Charlton.

Rooney, who also turns out for Manchester United, broke Charlton’s record after scoring an 84th minute penalty in a 2-0 win over Switzerland at the Wembley Stadium.

Earlier, Harry Kane had put the English team ahead with a 67thminute goal.

Rooney first made headlines in 2003 when he scored in a 1 – 0 win over Macedonia as 17 year old teen player, and last night his 50thgoal elicited lots of praise and chants.

The ‘iconic’ goal has taken Rooney twelve years and 107 games to make history in the Number 9 jersey, surpassing Charlton’s 49 goal record that lasted for over fifty years.

“I want to thank all the coaches, the players and the staff who I have worked with for such a long period of time”, he said.

“This is a huge moment for me and my family in my career. Hopefully for the team and myself, there will be a lot more to come, we can be successful. Hopefully a lot more players like Sterling, Berkley, Harry Kane can come close and even pass me in the future,” said Rooney.

Rooney, the Manchester United and England captain started playing for the national team at 17 years while still at Everton, while Charlton, the 1966 England World Cup winning captain, played for Manchester United for all his known footballing life.

“I would like to congratulate Wayne on becoming leading goal scorer. I have always been proud to hold this record, playing for my country was always an honor and privilege and something I did with pride.”

“I cannot obviously deny that am not disappointed that I now don’t hold this record, however, Iam absolutely delighted that it’s Wayne, as a captain of my beloved country and club that now holds the record. Am sure it’s a record that you will hold for long time,” Charlton said in relation to Rooney’s achievements.

Records indicate the 34 of Rooney’s goals were scored by the right foot, five by the left, with 11 headers.

Other England players who have come close to challenging Charlton’s record include Gary Lineker 48 goals in 80 games; Jimmy Greaves (44/57) and Michael Owen (40/89).

After the game, England Coach Roy Hogson presented a commemorative shirt inscribed with ‘Rooney 50’ at the back to Rooney, who later delivered a speech to his chanting colleagues.

Meanwhile, Hogson believes Rooney can hit the 60 goal mark for England if the star plays up to 2018.