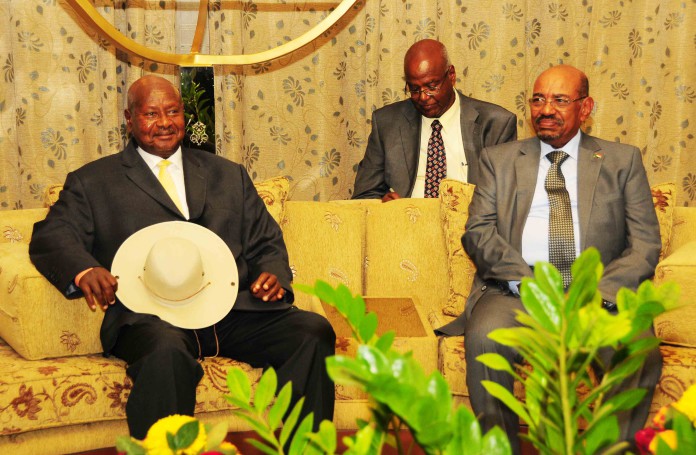 President Yoweri Museveni and his Sudanese counterpart Omar Al Bashir have held bilateral talks, majorly focusing on security, trade and boosting bilateral relations.
The two discussed the ongoing peace negotiations in South Sudan and agreed that their countries have a crucial role in resolving the
conflict by contributing to the stability of South Sudan.
President Museveni, who is on a two-day visit at the invitation of Bashir told his counterpart that Uganda is now peaceful and on the
road to economic development. On his part Bashir briefed the President on the political situation in 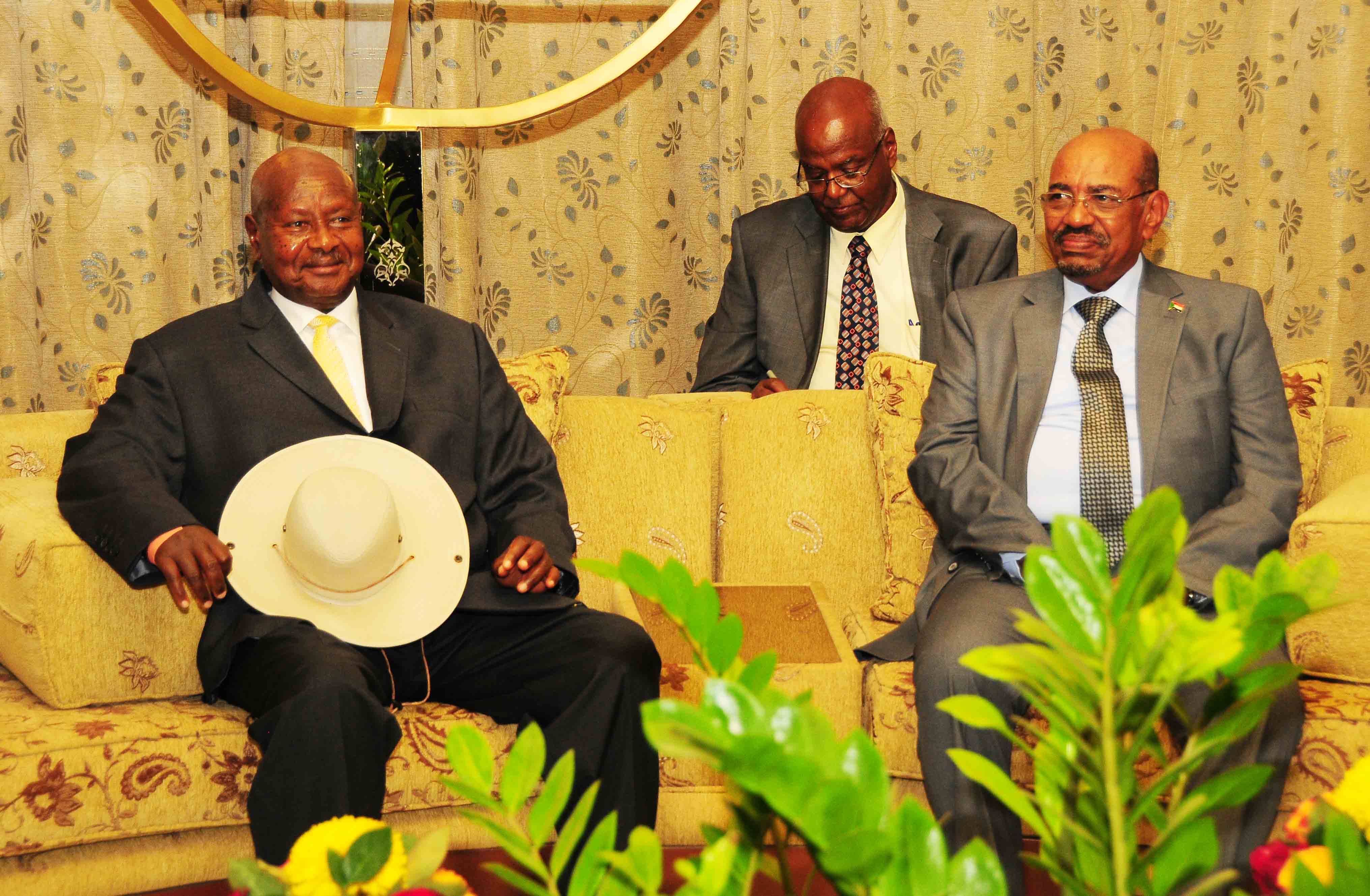 Sudan and said both Uganda and Sudan have a lot of things that bind them together. The government of Sudan seeks to open a new chapter with Uganda in improving their bilateral cooperation and joint efforts with regard to regional and international efforts in solving the conflict between South Sudan factions.
The two leaders also discussed other areas of cooperation especially trade and exchange of goods. President Museveni, who was later hosted to a State Dinner at the Presidential Palace, is accompanied by the Minister for Gender, Labour and Social Development Muruli Mukasa, the Minister of State for Foreign Affairs (Regional Affairs) Mateke Philemon and Uganda security
officials.

Previously, Uganda and Sudan have been at loggerheads, with both their leaders accusing each other of supporting rebels fighting their respective governments.
In the case of Uganda, president Museveni accused Bashir of supporting the Lord’s Resistance Army (LRA), while Bashir accused Mr Museveni of supporting the Sudan People’s Liberation Movement (SPLM).

But now the guns have gone silent, with the LRA fleeing from its operation areas in north and north eastern Uganda to the Central Africa Republic while the SPLM managed to secede from The Sudan in January 2011.
The developments, observers say, could have eased the mistrust between the two leaders, paving the way for a Museveni visit, the first in over 25 years.