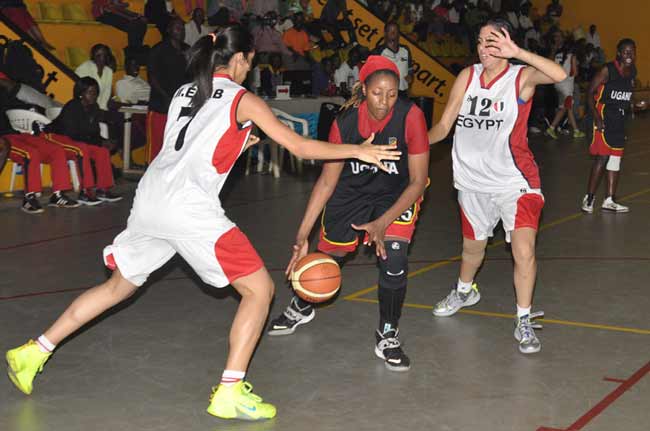 The Uganda women’s basketball team ‘The Gazelles’ has finally left for the ten-day Afro-basket championships due to take place in Yaoundé, Cameroon.

The 10 players, coaches and officials from the Federation of Uganda Basketball Association (FUBA) left today at 3am abroad Kenya Airways.

Earlier, the team failed to show up at the just-concluded All Africa Games in Brazzaville due to lack of funds and this time round, the past three weeks have been tough for both the ladies and the association to find funds to cater for the team’s training.

However, the team managed to get funds at the last minute after the association sought help from Sate House, following the intervention of basketball loving fraternity of Hajji Mandela, Ambrose Kwizera and FUBA President Ambrose Tashobya.

The tournament kicks off tomorrow with twelve teams in two groups. Group A has hosts Cameroon, Uganda, Mozambique, Gabon, Mali and South Africa while Group B has Algeria, Nigeria, Guinea, Egypt, Senegal and reigning champions Angola.

Uganda plays Gabon tomorrow at 3pm but the team will miss the services of tricky Claire Lamunu, who is on basket scholarship in the US.

The other foreign-based players Sharon Karungi and Lisa Karungi are due to join the team in Yaoundé today evening.

“We are going out to represent our country in the best way we can, we had difficult times but that’s now past,” Gazelles Assistant Coach Nimrod Kaboha told EagleOnline before departure.