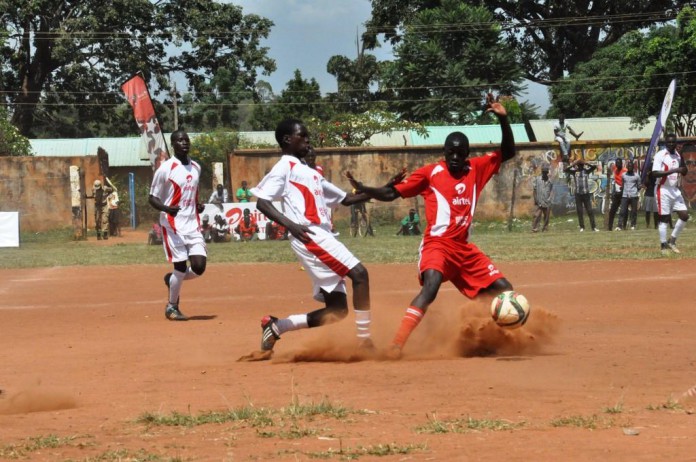 The fourth edition of the University Football League (UFL) begins today in Luweero as giants Ndejje and Nkumba battle it out in a much – anticipated quarterfinal game.

The two teams have not tested silver ever since the tournament started in 2012 but their arrival on the quarter final stage seems to set the ball rolling, with a lot of words already hovering in the air over which team is best-placed to win today’s game.

“The game is going to be tough though we have not lost to Ndejje but I believe that the boys are prepared for any battle in Luweero” motor-mouth Nkumba coach Patrick Ssebuliba said.

Ndejje coach Joseph Muluya also spared no words for the game, saying: “the past record of Nkumba against us will not determine our game today, we are at home and we shall command support. They should expect a tough encounter.”

Muluya also points out that his team has not taken the trophy in the past editions and blames the UFL organizing committee for not allowing the universities players in the Big League players to feature for the Ndejje team.

Ndejje has a team in the FUFA Big League but the UFL rules do not allow Big League players to participate, a rule that the coach says should be looked upon well because it costs him talent.

Meanwhile, UFL Manager Anthony Tumwesigye said strong rules and guidelines had been set for the League.

“Strong rules and guidelines have been announced for the university managers, coaches and fans. Any kind of indiscipline will cost the varsity points and disqualification from the league but however informs of tight and heavy deployment at all venues to control rowdily crowds,” Tumwesigye said.