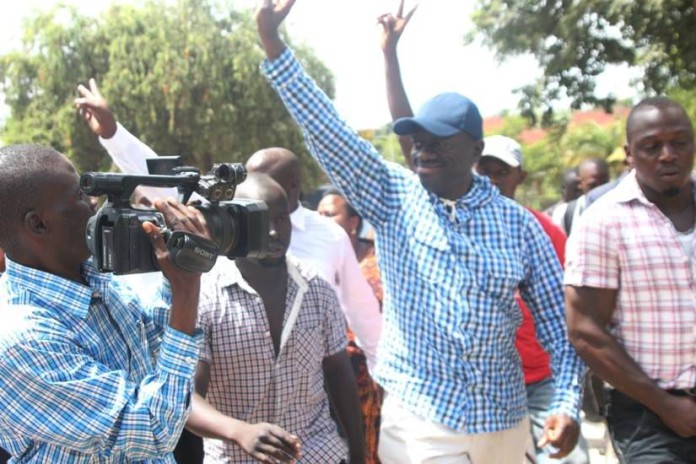 The nomination forms for the Forum for Democratic Change (FDC) presidential flag bearer Col (rtd) Dr Kiiza Besigye have this afternoon been returned to the Electoral Commission.

Besigye’s papers were returned to the EC by the FDC Electoral Commission boss Dan Mugarura, following Besigye’s attainment of the requisite number of signatures as enshrined in the Presidential Elections Act (PEA).

Earlier, Besigye’s nomination forms were picked from the Electoral Commission by the FDC Electoral Commission vice chairman Michael Kabaziguruka, before the former and the FDC party boss Major General Mugisha Muntu embarked on a nationwide campaign trail to introduce themselves to the electorate. 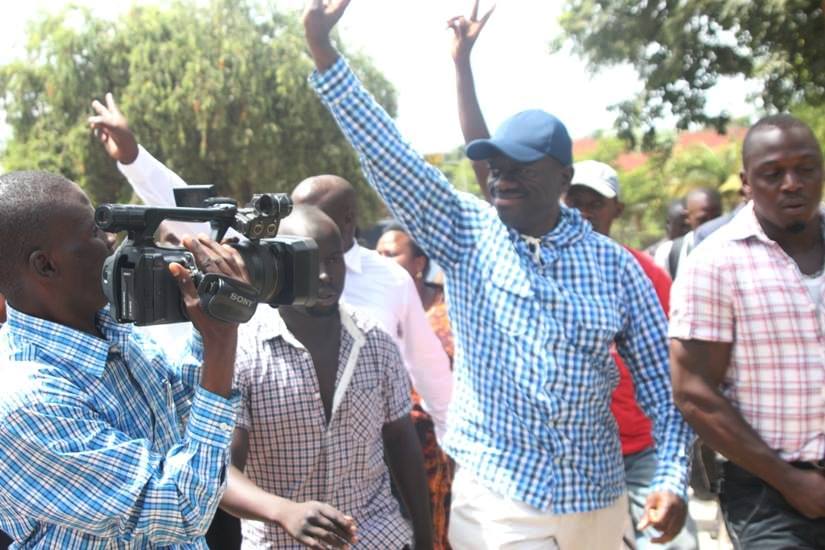 And, during a delegates conference held at the Mandela National Stadium, Namboole, last month, Dr Besigye defeated Gen Muntu to become the party’s flag bearer in the 2016 elections.

Meanwhile, early today Besigye addressed a press conference at the TDA headquarters in Naguru, and explained why he had failed to agree with rival Amama Mbabazi on the issue of joint candidature of TDA.

According to Dr Besigye, he doubts Mbabazi’s commitment to democratic practices of respect for human rights and the fight against corruption, among others.

But Besigye’s concerns did not sway TDA summit which, through Norbert Mao, announced that Mbabazi had been endorsed the TDA flag bearer, bringing to the fore an issue that seems to have prompted Besigye’s supporters to act in defiance and return his presidential nomination forms as part of the due process that qualifies him to stand for the presidential elections come next year.