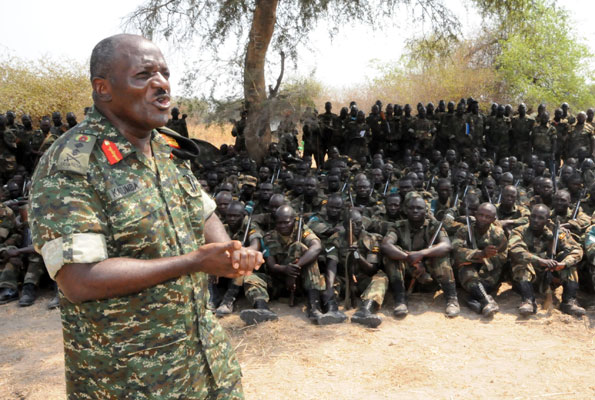 The imminent withdrawal of Ugandan troops from war ravaged Southern Sudan is set to take much longer than expected, the army has announced.

Army spokesperson Lt Col Paddy Ankunda took to twitter to confirm that the army will eventually withdraw from the world’s newest and troubled country, albeit not so soon.

“While UPDF withdraw from South Sudan is a real possibility in future, we have not started any withdraw at the moment,” Lt Col Ankunda wrote.

After signing a peace deal with rebel leader Riek Machar, South Sudan President Salva Kiir wrote to his Ugandan counterpart Yoweri Museveni asking him to withdraw the UPDF troops from the capital Juba and the town of Bor in Jonglei state.

The peace deal was signed recently in Addis Ababa, Ethiopia, with clauses binding President Kiir to ask all foreign troops including the UPDF to leave the country within 45 days.

The presence of the UPDF in South Sudan had attracted criticism from Ugandan civil society groups and opposition politicians who said the deployment was not approved by Parliament.