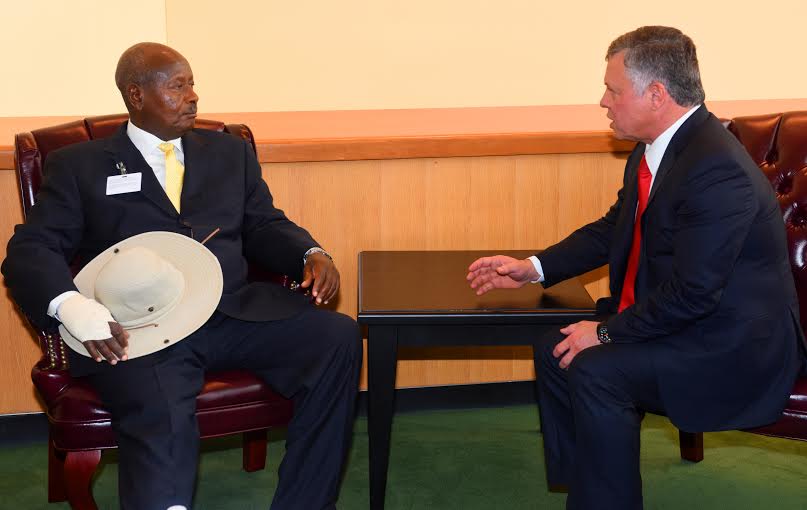 President Yoweri Museveni has held a bilateral meeting with the King of Jordan Abdullah II at the sidelines of the 70th United Nations General Assembly.

The two leaders discussed the security situation in the Horn of Africa and Uganda’s contribution to the task force to tackle the threat of Al shaabab in Somalia and the region.

President Yoweri Museveni said Uganda is ready to be part of the task force and would be willing to contribute to its efforts through the African Union. He extended an invitation to the King to visit Uganda.

King Abdullah II consoled President Yoweri Museveni and the people of Uganda upon the loss of Gen. Aronda Nyakairima.

The meeting was attended by Uganda’s Minister of State for Foreign Affairs Okello Oryem and Uganda’s Permanent representative to the UN Dr. Richard Nduhuura.