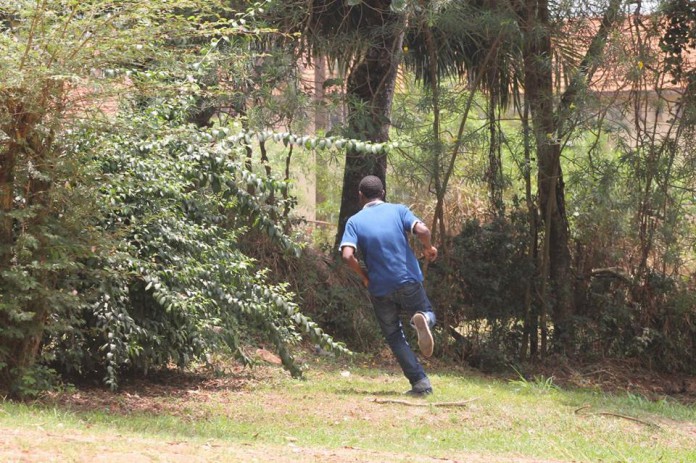 Activities at Makerere University came to a standstill early today after students went on strike a day apiece, after the University Council rejected their plea to scrap the fees payment policy.

The policy dictates that students pay 100% of the tuition fees by the sixth week, and according to this semester’s academic calendar, Monday October 5 was the beginning of the 6th week, meaning that those who hadn’t paid would not access the educational services of the university.

On the same day the students had staged a strike but were restrained when their leaders promised to follow up the matter with the University Council on Tuesday. Later the two student leaders, Guild President David Bala Bwiruka and the President of Makerere University Private Students Simon Wanyera, reportedly held a closed door meeting with the Dean of Students Cypriano Kabagambe trying to strike a compromise.

The saga all started last Friday when the university management responded to the students’ guild petition over the policy, by extending the payment deadline for a month. Part of the letter signed by the Deputy Vice-Chancellor Finance and Administration, Prof Barnabas Nawangwe read:

“Management has therefore agreed to extend deadline for fees payment and registration by 01 month with effect from 5th October 2015 which is the end of the 6th week of the semester.”

But this did not soothe the students, with Wanyera saying on Monday that ‘the policy should go forever.’

At the time Mr Wanyera also expressed ignorance of any document issued by the university highlighting the extension, claiming his ‘office’ had not received it.

“This administration is making education only for the rich,” a fired up Wanyera charged.

In a related development, on Monday the students also accused the Guild President of not supporting their cause, but Bala justified his stand saying he couldn’t do ‘wrong when there is a right thing’, before telling his recalcitrant colleagues that Council would debate the fees policy issue.