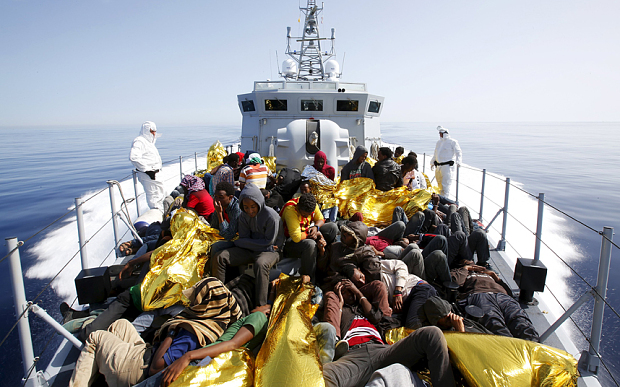 The European Union will not offer aid to African countries that refuse take back economic migrants, part of who have flocked European cities in search of asylum in recent months. According to details of a leaked document allegedly obtained by the
London Times, the EU plans to deport as many as 400,000 migrants, whose refugee status claims have been rejected, back to their home countries within weeks.

The document, whose authenticity has not been confirmed yet, also indicates that under the plan the EU would ‘withdraw’ trade deals and visa arrangements from African countries refusing to take back the economic migrants.
The document also calls on EU members to become more active in pursuing deportations, and to take greater care to identify and deport illegal migrants. “Increased return rates should act as a deterrent to irregular migration,” the leaked report said, according to Breaking News Israel.

“Member states must systematically issue return decisions, take all necessary steps to enforce them and provide adequate resources,
necessary for identifying and returning illegally staying third-country nationals,” it added. The leaked report stressed: “EU member nations that fail to enforce internationally agreed refugee rule by deporting ‘irregular migrants’ would face legal action from the European Commission,” the London Times said. Proposals in the document also include detaining thousands of failed asylum seekers to stop them from absconding to avoid deportation.

It is however, not clear if refugees from war-torn countries like Syria and Afghanistan would be included in the initial batch of
migrants who would be returned to their home countries. The document did state that the goal of the new policy is ‘to end the
migrant flow altogether, rather than deal with the causes’, and EU home office ministers will discuss the draft plans at a summit in
Luxembourg this week, according to the Times. Meanwhile, under the ‘Action Plan on Return’, the EU’s border agency
Frontex will establish a new unit to assist with deportations. “While member states are primarily responsible for carrying out returns, the immediate creation of a dedicated return office within Frontex should enable it to scale up its support to facilitate, organise and fund return operations,” the document states in part.