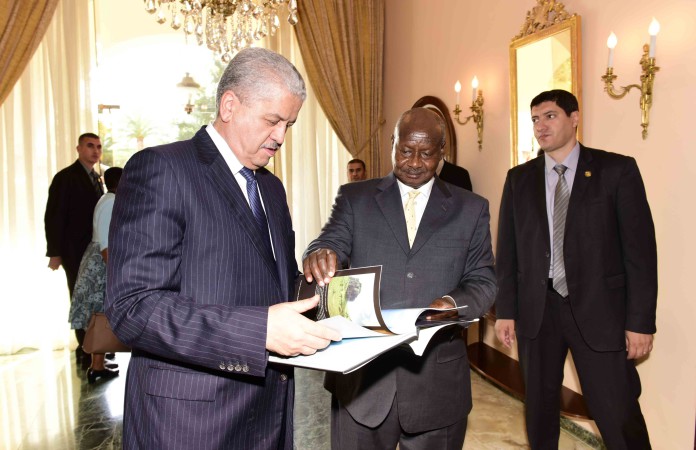 At a meeting held at the Zeralda State Residence, in the Capital Algiers Sellal hailed President Museveni’s efforts in finding solutions in South Sudan and Somalia and pledged additional support to stabilize the region and bring back security and development.

The two leaders also discussed military cooperation in Africa to ensure African unity, sovereignty and stability, with focus mainly on the security situation in the Sahel Region, Tunisia, Libya and the migration crisis, South Sudan and Somalia. 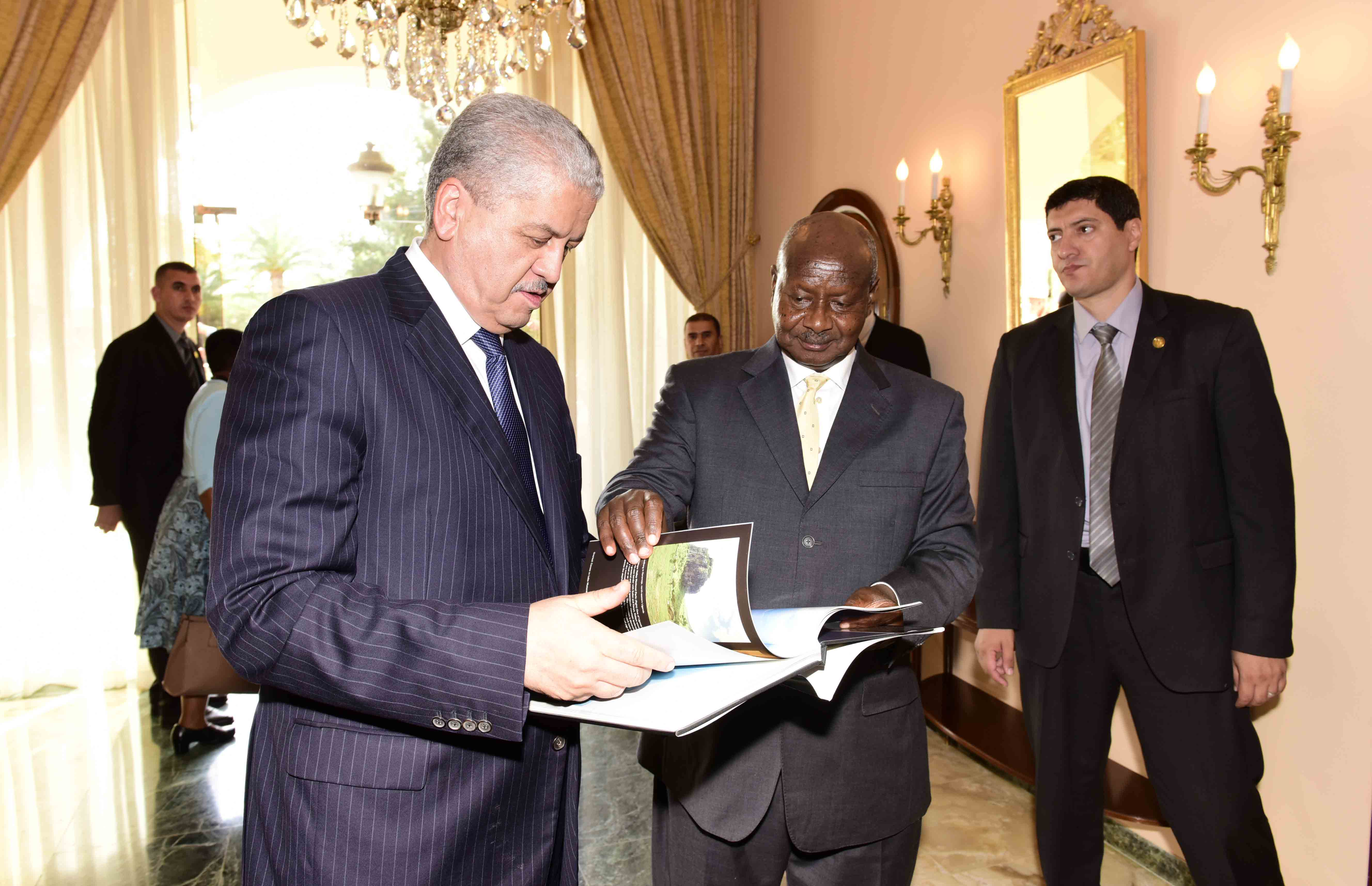 Meanwhile, President Museveni has called for the immediate resumption of the joint Ministerial Commission between Uganda and Algeria to push for the engagement of the business sector and table the trade proposal for tea, coffee, maize and maize products and milk to boost trade between the two countries.

While meeting the Algerian Prime Minister, the two leaders agreed on the proposal to bring the business communities of both countries together to exploit the economic potential of the two countries.

“I am happy to be here and I start with business. I want to sell a lot of agriculture products here especially, tea and coffee. We have a lot of tea. And for coffee, after a long time, we are starting to add value through processing. Nescafe have been buying our coffee at a dollar per kilo and selling at US$15 a kilo in London. We lose jobs and money. But when we process we sell directly,” he said. 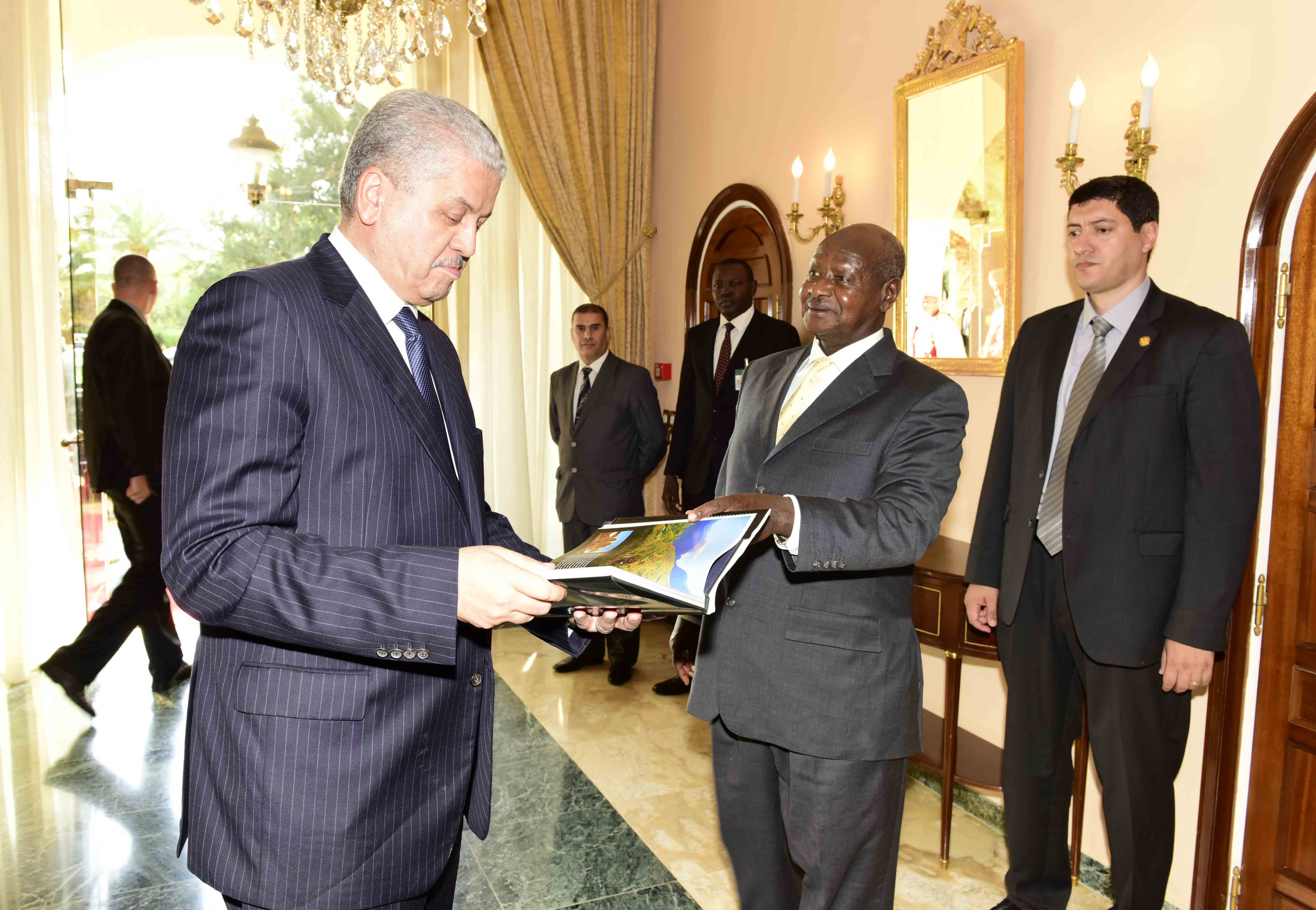 Prime Minister Sellal noted that the visit by President Museveni is a great opportunity to make and update relations between the two countries in order to boost development cooperation.

“From the economic view, there are not great deals of trade exchanges. We look forward to building economic relations. We have some importers of coffee, tea and cocoa from Uganda but this is an opportunity to increase more trade,” he said.

Mr Sellal said his country has great opportunities in promoting cooperation in the Agriculture and fisheries sector and called for the biannual cooperation commission to meet and look at the possibilities of cooperation and exchange.

Uganda’s exports to Algeria are low with the major products being cocoa, coffee and tea. Uganda’s imports from Algeria are less than USD$ 1m per annum.