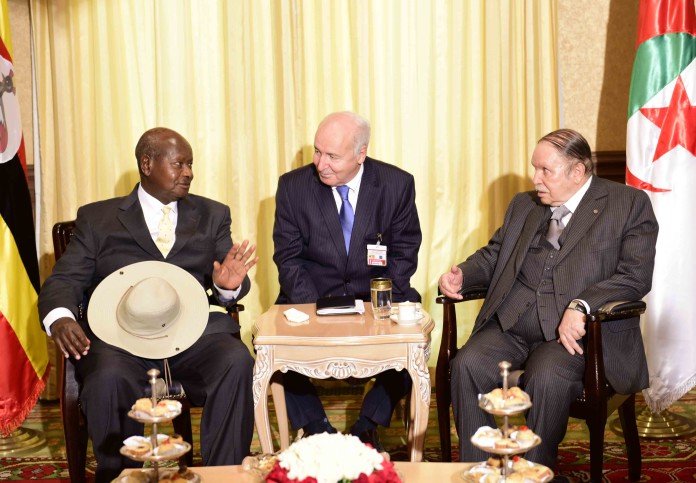 President Yoweri Museveni and his Algerian counterpart Abdelaziz Bouteflika have held a bilateral meeting during which the two discussed bilateral interests and other matters on the African continent including the crisis in Libya.
The two leaders also discussed about cooperation in education, vocational training, defense and security and in the oil and gas sector.
Speaking shortly after their meeting President Museveni, while addressing the press, referred to President Bouteflika as a freedom fighter and that the two had discussed the security situation in North Africa particularly on how to bring about lasting peace in Libya.
Mr Museveni further said that he, together with his host, had discussed ways of enhancing trade between the two countries and cooperation in the areas of energy especially in the oil and gas sector and in human resource development through exchange of scholarships and training programmes. 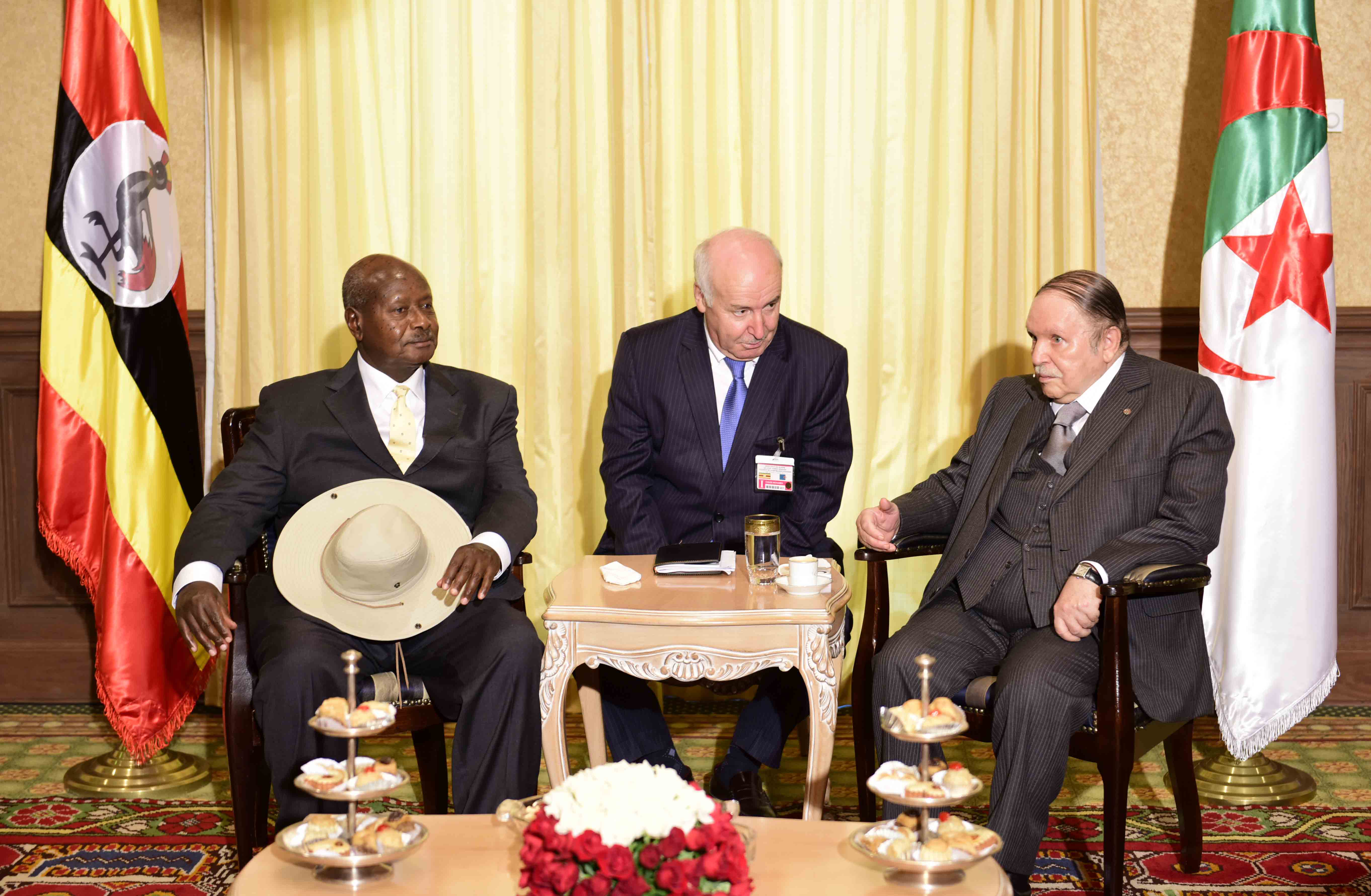 Currently trade between Uganda and Algeria is minimal and this can be attributed to the limited infrastructure connectivity between the two countries.
Uganda’s exports to Algeria are low with the major products being cocoa, coffee and tea, while Uganda’s imports from Algeria are less than US$ 1m per annum. In 2011 and 2013 the imports rose to approximately USD$ 2m as a result of sugar imports during the time when Uganda requested for stay of EAC CET application on sugar imports. 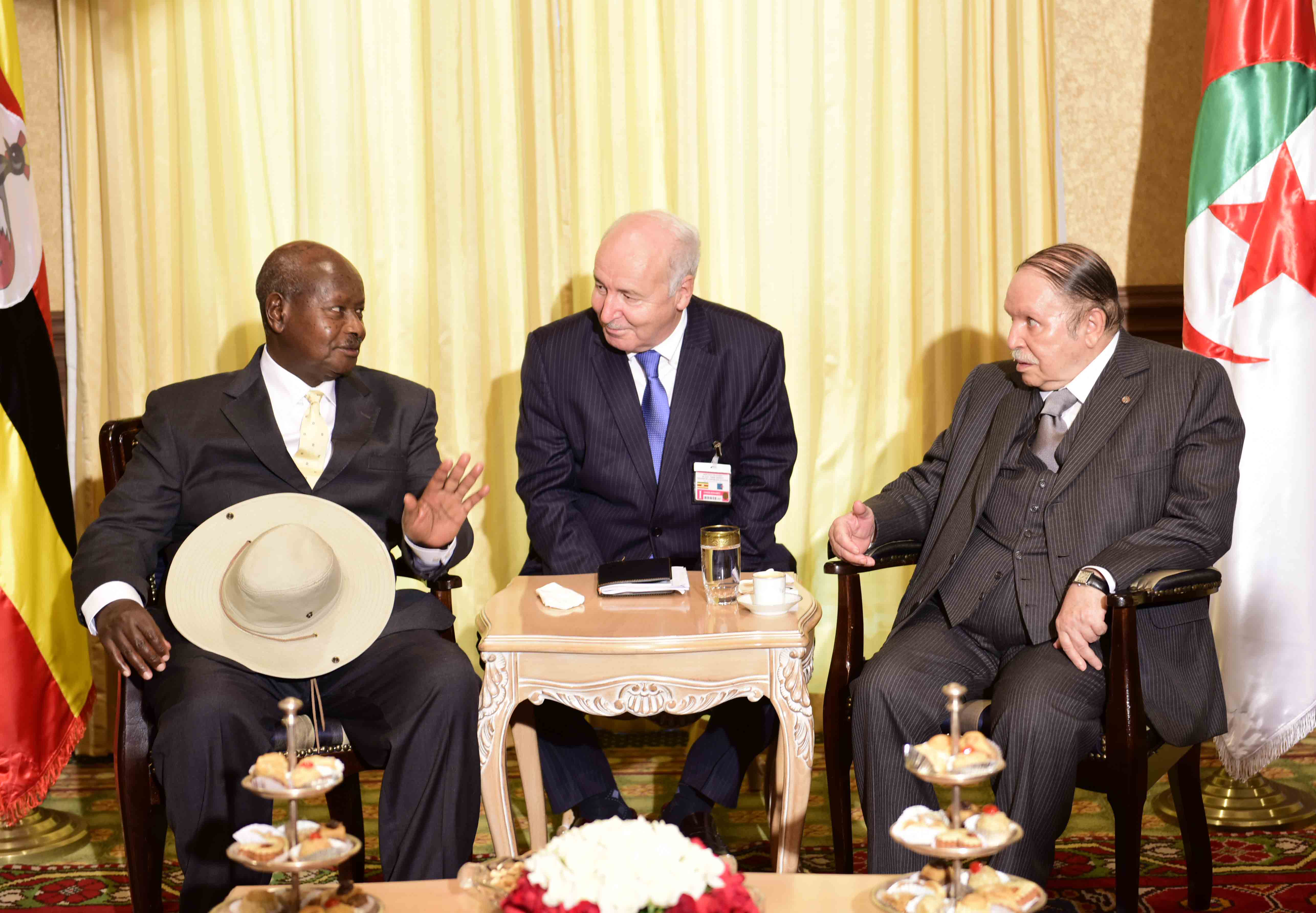