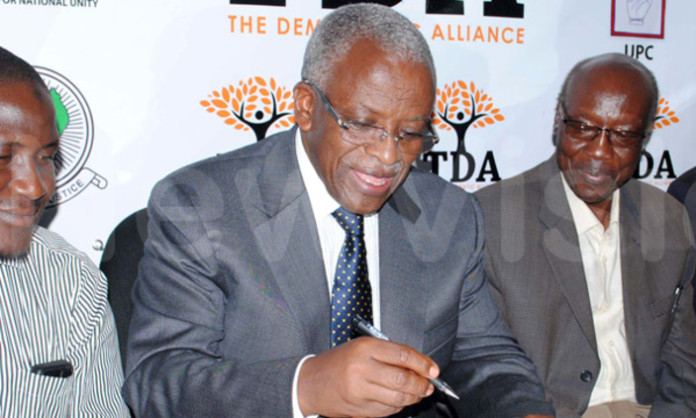 According to NRM Deputy Secretary General Richard Todwong, Mr Mbabazi has been invited in his capacity as the Member of Parliament for Kinkizi West constituency, elected on the NRM party ticket.

Mbabazi, also a former Prime Minister, is aspiring to become President after falling out with his party chairman and fellow presidential contender Yoweri Museveni.

Both men have been cleared by the Electoral Commission to contest for the presidency in the 2016 elections alongside Dr Warren Kizza Besigye Kifefe of the Forum for Democratic Change (FDC) party.

It is not clear whether Mbabazi will attend the said conference that will also see members endorse Museveni as NRM flag bearer, but sources intimated to the Eagleonline that the former NRM SG might not honour the invitation.

According to the source, Mbabazi is already deeply entrenched in his new alliance, gained when he joined opposition pressure group The Democratic Alliance (TDA), where he contested for flag bearer with Dr Besigye and former Vice President Professor Gilbert Balibaseeka Bukenya.

Prof Bukenya has since decamped to support Museveni, while Mr Mbabazi is enjoying the TDA support, orchestrated most by the Democratic Party (DP) and its President General Norbert Mao.