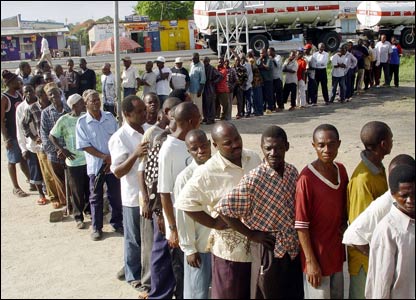 The National Electoral Commission of Tanzania is set to announce preliminary results of the presidential elections held yesterday.

According to media reports, the announcement by commission officials has raised the political tempo in the large East African country, renowned for holding credible elections that permit for peaceful transfer of power.

This time round, the two front runners are Dr John Pombe Magufuli of the ruling Chama Cha Mapinduzi (CCM) and Edward Lowassa of the Chama Cha Demokrasia na Maendeleo (CHADEMA) and UKAWA, a loose opposition group bringing together six other political parties.

Meanwhile, by press time the National Electoral Commission of Tanzania had said the winner of the October 25 polls would be known three days after the elections.

Elections in Tanzania, held every five years, have produced three presidents since founding leader Mwalimu Julius Kambarage stood down as president in 1985, after serving at the helm of government for 25 years.

His successors Ali Hassan Mwinyi, Benjamin Mkapa and Jakaya Kikwete have all served two five-year terms, as enshrined in the country’s Constitution.