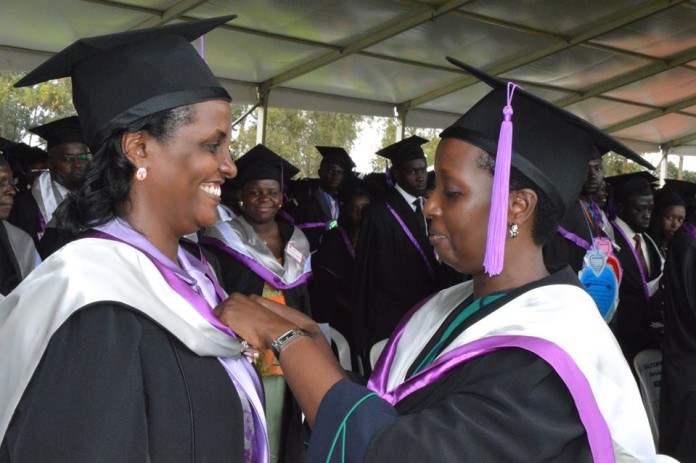 The marginalisation of social sciences and humanities in African universities has radically stifled scholarship.
This was revealed by the Council for the Development of Social Science Research in Africa (CODESRIA ) at a five day workshop in held in Nairobi earlier this week. Scholars from the diaspora and from Sub-Saharan Africa heard that this had narrowed the region’s view on development.

“Attempts to improve Africa’s development prospects by focusing on scientific advances and the benefits accruing from them have masked the critical role of social sciences and humanities as torchbearers of African values, systems of power, production and distribution,” said Professor Ibrahim Oanda Ogachi, the CODESRIA coordinator .

CODESRIA in conjunction with the Carnergie corporation of New york has embarked on an ambitious project of mobilising African academics in the diaspora to work jointly with colleagues in African universities to re-establish intellectual traditions embedded in a scholarship and research culture.

It is at the workshop that the African Diaspora Support to African Universities project was launced. Ogachi said the primary objective of the project was to strengthen PhD programmes and curricula in the social sciences and humanities. The project will help scholars in the diaspora mentor and conduct PhD supervision in order to alleviate shortages of academics in the social sciences and humanities in African universities, and to bolster institutions with valuable international experience and insights.

“Currently there is under-enrolment in certain disciplines, as well as a prevailing perception that social sciences and humanities disciplines do not matter, especially in the debate on Africa’s development agenda,” Ogachi expressed.

In a keynote at the workshop, Emmanuel Akyeampong, professor of African history at Harvard University in the United States, noted that despite Africa’s fixation on the fields of science, technology, engineering and mathematics – STEM – the continent still had serious infrastructural and technological deficits.

“In the last 35 years, Africa’s share of global trade had also declined from 3.3% to 2%,” said Prof. Akyeampong. Adding, “for Africa to develop, what is required is not merely teaching STEM fields but acquiring competencies in knowledge, skills and attitudes, and understanding how to deal with migration, the environment, citizenship, employment, inequality, family and technology.”

While university education in Africa had expanded exponentially in the last two decades, expansion had not been followed by a proportional increase in staffing and academic supervision capacity, especially in the social sciences and humanities.

Consequently, CODESRIA’s current project to build capacity in African universities had been conceived with an understanding that most tertiary institutions are operating on threadbare physical infrastructure and human resources.

Presenting a project document on how to overcome brain drain from African higher education through partnerships with diaspora scholars, Professor Patricio Langa of the University of the Western Cape and Dr Samuel Fongwa of University of the Free State in South Africa showed the current low percentages of academics with PhDs in selected African universities.

He stressed that deliberate efforts should be made to provide flexible conditions for teaching, research supervision and thesis examination.

Ethiopia’s Dr. Amare Desta, a senior lecturer at London South Bank University, and Edwards Alademerin, an associate professor at Tai Solarin University of Education in Nigeria, revealed a plan to open an African doctoral and Masters academy with a view to developing capacity in African universities in information technology.“To date many universities in Nigeria and Ethiopia and elsewhere in Sub-Saharan Africa are in a state of advanced decay, with most of the teaching staff leaving the country in droves in search of greener pastures abroad,” said Desta.

The aim of the proposed academy will be to connect academics and researchers in the diaspora to those resident in African universities, and to work together to improve the quality of higher education on the continent.

“They are investigating the impact of various student-instructor interaction formats in blended-learning in Ghana. “The primary goal of the project is to find out whether digital technologies increase learning outcomes and grades among Ghanaian university students,” said Tutu.

CODESRIA has raised the red flag of neglect and discrimination against social sciences and humanities within Africa’s development agenda. There is sufficient testimony to suggest that the skewed emphasis on natural sciences and technology needs to be balanced by inputs from other areas of human interest.