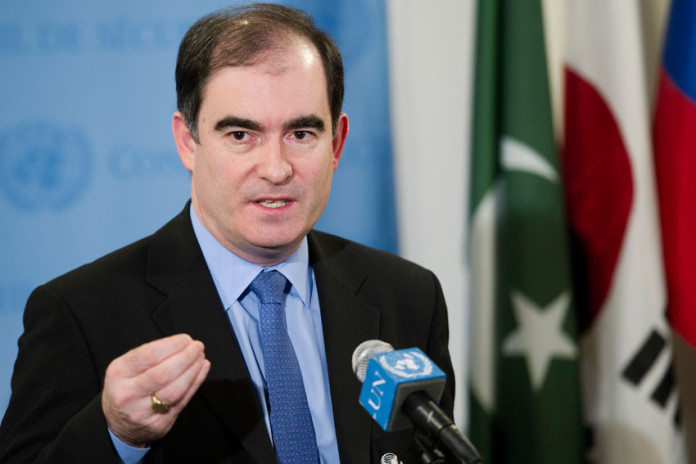 The head of Operations at the United Nations Office for the Coordination of Humanitarian Affairs, John Ging, has called for more help for people and communities who have faced years of crisis in Sudan, South Sudan and Somalia.

“Each of these countries faces a unique set of challenges. But in each country, I spoke with people who have had to run from their homes again and again, fleeing successive waves of violence. I met children who have grown up never knowing peace and stability,” said Mr. Ging

According to the UNOCHA official, those in need of assistance have ‘simple demands’.

“These people had simple demands: they wanted support in rebuilding their livelihoods, educating their children and accessing medical care,” said Mr. Ging. “But above all they told me they were exhausted, and desperately wanted an end to conflict,” he said.

Mr. Ging travelled to the three countries from 18 to 25 October with representatives from the United States, the United Kingdom, the European Union and the Netherlands.

“The challenges faced by these countries are overwhelming,” said Mr. Ging. “But in each we saw reasons for hope. In Sudan, the Government indicated a new willingness to allow humanitarian workers to access those in need of assistance. In South Sudan, the signing of a new peace agreement provides a prospect for an end to the violence which has engulfed the country. And in Somalia, we saw progress that many described as the best chance the country has had in 25 years to build lasting peace.”

In South Sudan, worsening violence has swept across the central region of the country over the past months, systematically targeting civilians. In Southern Unity state alone, some 1,600 women have been forcibly abducted since May, more than 1,000 civilians killed, 1,300 women and girls have been raped and more than 15,000 children have been recruited into armed groups.

“It is inspiring to witness the efforts our colleagues are making on the front line,” said Mr. Ging. “The international community must continue to support these efforts, and stand in solidarity with those who have been the victims of conflict for far too long.”