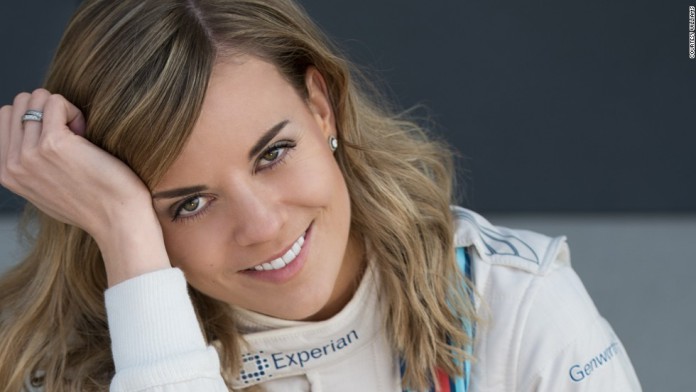 Susie Wolff became the first woman in 20 years to take part in Formula 1Grand Prix weekend when she drove in British Grand Prix first practice last year.
The Scot joined Williams as development driver in April 2012 and was promoted to the role of test driver for this season.
During her four years with the team, Wolff has taken part in four FP1 sessions as well as a number of test days.
“It was a decision I made at the end of the summer. There was very little opportunity to carry on in Formula 1,” she told the press.
“My goal was to get on to the starting grid and that doesn’t look achievable. So I had to call it a day.”
She added: “I always said that as soon as I couldn’t get any further I would stop and that time has come.”
The 32-year-old, Wolff who started racing at the German Touring Car Championship will make one more appearance as a racing driver – in the Race of Champions in London’s Olympic Stadium on November 20-21, racing for Scotland alongside former F1 driver and BBC F1 co-commentator David Coulthard.