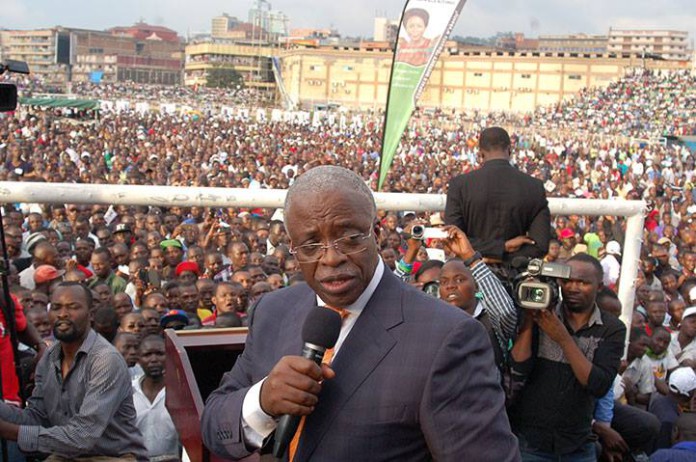 Seven of the eight nominated presidential candidates have today begun their campaigns, with all of them promising to deliver services that will turn around the peoples’ lives. Incumbent Yoweri Museveni has kicked off his campaigns in Nakaseke, Luweero; opposition Forum for Democratic Change (FDC) flag bearer Col (rtd) Dr Kizza Besigye in his home area of Rukungiri, while John Patrick Amama Mbabazi of The Democratic Alliance (TDA) Go Forward faction is holding his first rally in Masaka.

According to the campaign schedule issued by the Independent National Electoral Commission, Joseph Mabirizi and Maureen Faith Kyalya Waluube are camping in eastern Uganda, while former Makerere University Vice Chancellor Venansius Baryamureba will be campaigning in Kayunga District.

By press time it was not yet clear where the eighth candidate, Maj Gen (rtd) Benon Biraro Buta, was set to begin his campaigns. Meanwhile, Independent presidential candidate Amama Mbabazi’s campaign team has faulted the authorities in Masaka for interfering with their candidate’s inaugural rally. The Go Forward team was expected to hold its first campaign rally at Mayors Gardens in town but, according to Mathias Mpuuga, the head of the Mbabazi campaign mobilization task force, the rally was switched to the Golf Course on the directives of the police.

Mpuuga also alleged that authorities in Masaka led the Deputy Resident District Commissioner (D/RDC) Joseph Ssekasamba and District Police Commander (DPC) Moses Kakira supervised the defacing of Mbabazi’s posters in the area over the weekend. But Ssekasamba denied the allegations, saying those making the claims were seeking for cheap political capital.