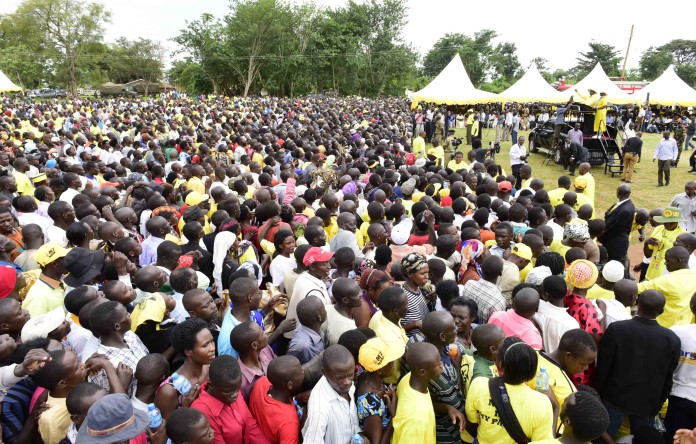 Government to focus on income generation

President Yoweri Museveni who is also the National Resistance Movement Presidential flag bearer has described his party’s liberation struggle for Uganda as a long journey that started when the country was ungovernable. 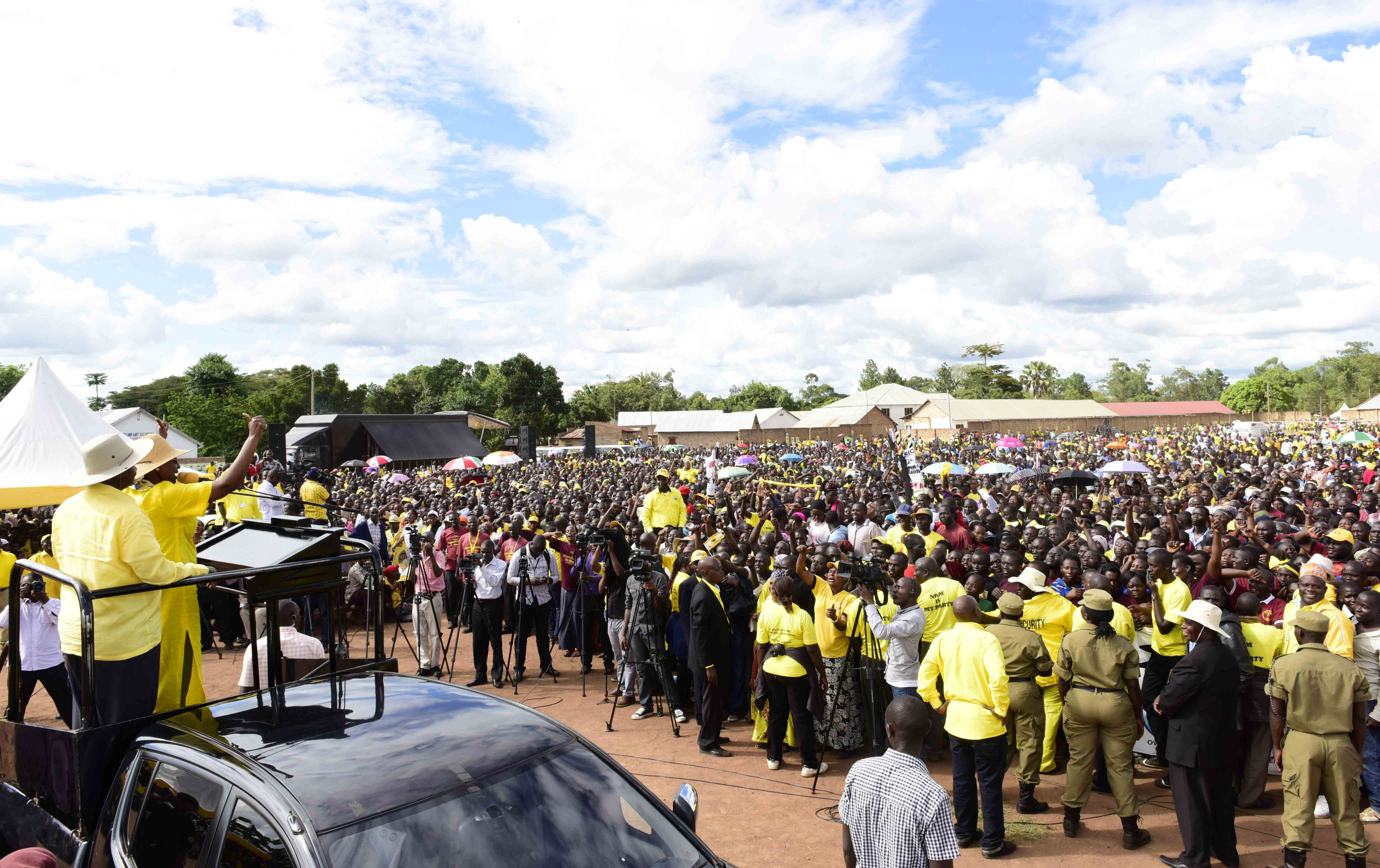 “When we talk of NRM and Uganda, we talk about a long journey. It started when our country was ungovernable. The NRM has been on a journey with Uganda. We don’t ask whether we go forward or backwards. When the journey is long, some people get tired and get off. Besigye left us when we were fighting Kony in 2012. For Mbabazi, it is even laughable. That we go forward! We have been going forward for the last 50 years. The issue is should we continue or fall off,” he said. 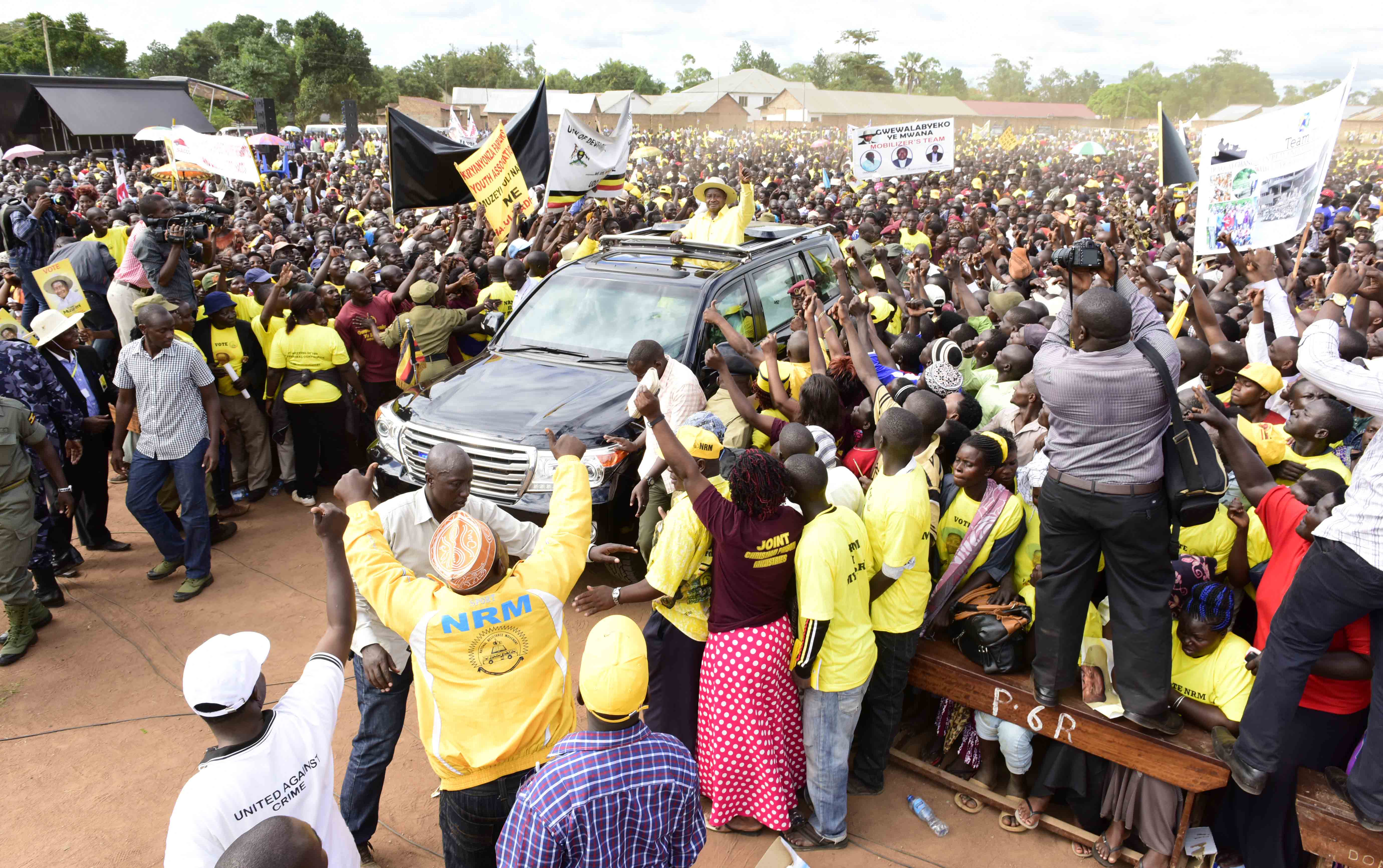 President Museveni who was accompanied by the Hon. First Lady Janet Museveni, today address mammoth rallies in Luwero region the pinnacle of the bush war struggle that eventually brought peace to Uganda. Addressing a rally at Zirobwe Town Council, Bamunanika, Museveni rallied thousands of supporters to vote NRM, a party that liberated Uganda and ushered in peace and security, caused minimum economic recovery, rehabilitated and developed the country overtime. He said it was the only political organization that will lead the country to transformation and prosperity.

Museveni said that NRM has taken Uganda through development phases and was on a verge of transforming the country into a modern country and asked the electorate to give the party their mandate so as to complete this transformation process.

He said the movement government fought sectarianism of all kinds, marginalization of the youth, women and the disabled among others.

“The Movement believes that any one who promotes sectarianism is evil and satanic and should be shunned,” he said.

He said that because of the limited resources, government has been prioritizing and implementing government projects and programs in the order of their national importance. He noted that emphasis was first put on defense and security, health through immunization that resulted into rapid population growth from 14 million in 1986 to 38 million today, education through the UPE and USE programs, roads and electricity the reason the country has performed better in these particular sectors. 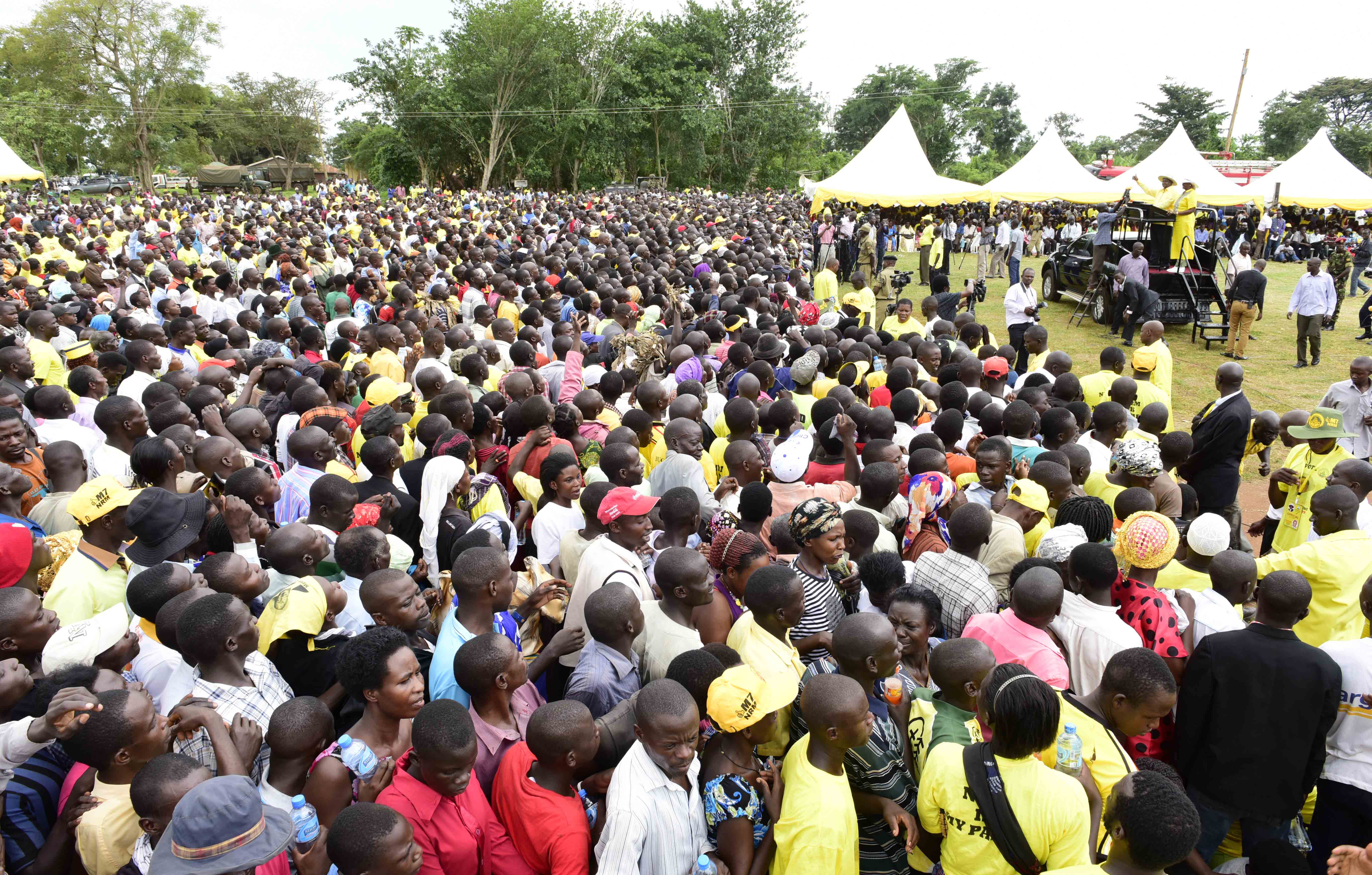 Mr. Museveni said that during the new term, more emphasis will be put on fighting household poverty through increased budgeting and funding of the wealth creation campaign, payment of the veteran pension and job creation.

On unemployment, the President said that this will be solved by industrializing the country and adding value to the country’s agricultural produce as well as extending micro-credit support to women and youth groups.

At Makulubita Seed Secondary School in Katikamu Sub county, Candidate Museveni pointed out the numerous NRM achievements and assured the people that with the increased tax base more priorities including income generation are going to be done.

On education, President Museveni noted that with NRM Universal Primary and Secondary education every child can afford to go to school. He however called for skills education for the youth to be able to fit in the current job demand.

He urged Ugandans to continue supporting and vote NRM in the forthcoming elections for continued development.

At Kasana open grounds in Luwero, reiterated his government’s policy to prioritize projects to improve household incomes by investing more money in the NAADS programme.

“There is a huge thirst and demand for seedlings and improved breeds by the people. We are now going to put more money in NAADs like we did for the roads,” he said.