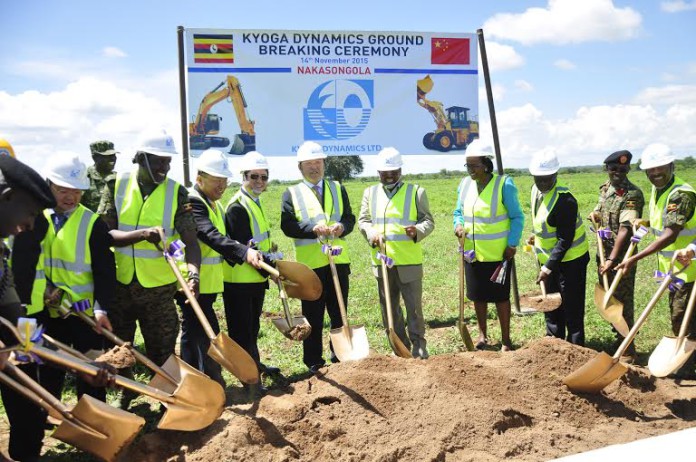 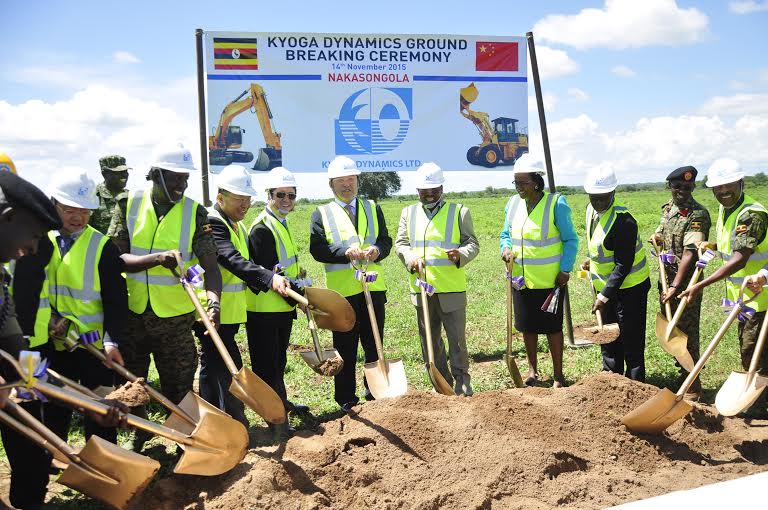 The Ugandan Ministry of Defence has, at its headquarters in Mbuya, signed a memorandum of Understanding with China Wanbao Engineering Corp to manufacture commercial emulsion explosives at Luwero Industries Ltd (LIL) premises in Nakasongola District.

This is the first of its kind in the region.

State Minister for Defence, Gen. Jeje Odongo presided over the ground breaking ceremony on November 14, 2015, for the construction of the multibillion factory in Luwero Industries in Nakasongola.

The ground breaking ceremony was witnessed by Mr Tang Deng Jie with a 10 man delegation from China, Minister for Gender Labour and Social Affairs, Muruli Mukasa, Permanent Secretary Ministry of Defence Ms. Rosette Byengoma and the Joint Chief of Staff of the UPDF Maj. Gen. Wilson Mbadi among others.

Gen. Odongo said the joint venture was initiated by President Yoweri Museveni. “The idea of this explosive plant was born in December 2013 when the Commander-In-Chief, in his strategic understanding of the economy and security environment, guided that there was need for LIL to partner with a company in establishment of an explosive plant in Uganda as one of the drivers of development in the Country”. Adding that, “Under this joint venture, much will happen in this area. Not only shall we be able to deal with our problems but also assist others in the region.”

Odongo thanked the Chinese counterparts for their continued support in different fields saying “this kind of strategic intentions are beyond just business but go deeper to positively impact on the lives of the people of Uganda and the region at large.

Mr Muruli who is also the area Member of Parliament said, “this is another Land Mark in the transformation story of Uganda. The opportunities to the community will be enormous, economically and in terms of skills development. This will greatly contribute to the fulfillment of vision 2040.”

According to the Managing Director LIL, Gen. James Mugira, the factory is the first of its kind in the region.

“This will be the only manufacturer of commercial emulsion explosives in the East and Central African region. The products will therefore, have a big market. It will improve on the financial base of LIL and reduce or stop its reliance on the National treasury,” said Gen. Mugira.

He revealed that much mineral deposits have been discovered in the region which will require huge quantities of commercial emulsion explosives for mining. 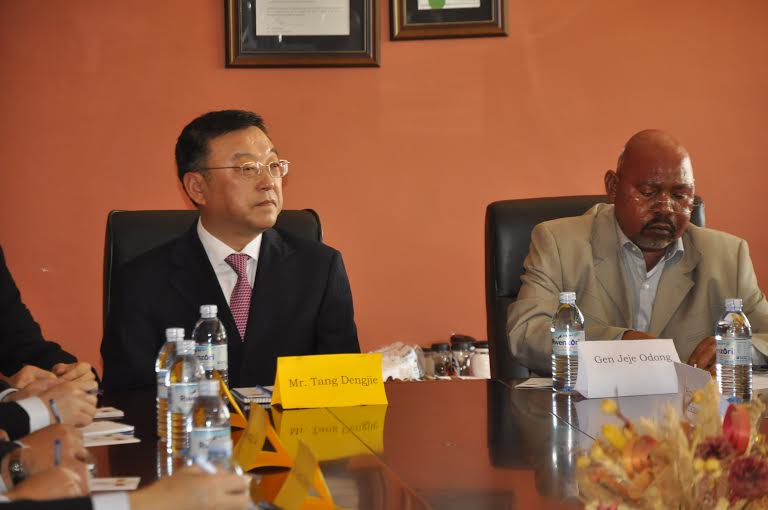 Mugira said the plant in which UPDF Engineers will be key workers will also serve as a one stop center for storage of explosives which will ensure accountability of explosives in the country as a counter terrorism measure.

On his part, Tang said China is committed in sharing with Uganda to strengthen and modernize Uganda’s National Defence capabilities and propel economic development. He pledged continued support to LIL so that it can contribute further in National development, adding that the Kyoga Dynamics partnership will go a long way in further consolidating the positive relationship between Uganda and China.

NORINCO offers technical and equipment support and some raw materials to LIL. It recently started providing full sponsorship to LIL Engineers for post graduate studies at Beijing Institute of Technology.

LIL produces small ammunitions for use by Uganda security agencies, tools and spare parts for weapons and does metal fabrication production. It also repairs, fabricates and upgrades Infantry fighting vehicles, upgrades AK 47 riffles and repairs weapons of all calibers among others.

Following the 2013 strategic guidance by the President, bids were open and MORINCO emerged the best partner of five bidders and on September 3, 2015, a Limited Liability Company called Kyoga Dynamics Limitd was formed in Uganda which will engage in the manufacture and production of commercial emulsion explosives.

This was a result of a joint venture entered into in June 2015 by China Wanbao Engineering Corp and LIL, a subsidiary of National Enterprise Corporation under the Ministry of Defence. Construction and establishment of the Kyoga Dynamics Ltd plant will be concluded by October 2016 when production will start.

UNBS carries out exercise to verify quantity and safety of Liquefied...