President Yoweri Museveni has ordered for the procurement of eighteen million hoes, to cater for six million households in the country.

In a communication dated November 20, Mr Museveni, writing to the Prime Minister Dr Ruhakana Rugunda, said the issue was discussed in Cabinet last financial year but no action was seemingly taken.

‘I direct that in the next financial year, (2016/2017) you include, in the budget, the purchase of 18 (eighteen) million hoes. These hoes will be distributed to 6 (six) million households, each receiving 3 (three) hoes,’ the President wrote, adding: ‘We had discussed this issue in the Cabinet with a view of providing some hoes in the current financial year. What happened?’,  Mr Museveni queried, in a letter copied to the Vice President Edward Kiwanuka Ssekandi and the Permanent Secretary and Secretary to the Treasury, among others. 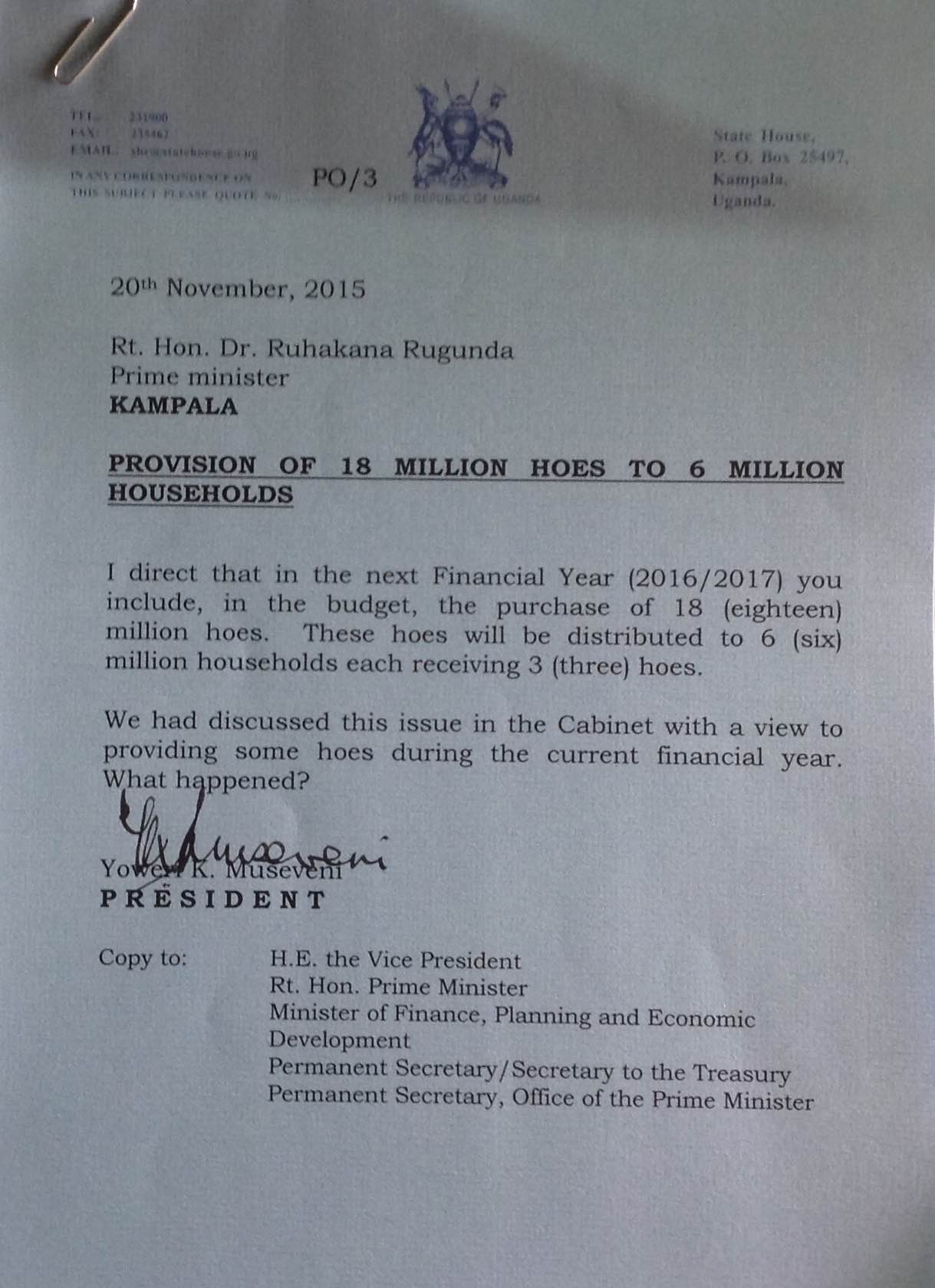 In yet another communication, the President wrote to the health minister Dr Elioda Tumwesigye, directing him to pay attention to Hepatitis B in the West Nile and Northern Uganda regions, border areas where it may be difficult to contain the disease because of the constant movements.

In the letter the President urged the minister to focus on information dissemination, intervention, treatment and vaccination against the disease.

And in yet another communication, the president has directed the Micro Finance Support Centre to ease access to loans.

‘We are all aware that the Micro Finance Support Centre Ltd was incorporated by Government to allow timely and affordable financial services to low income earning Ugandans to propel household income at family level’, the president wrote to the State Minister of Finance Caroline Okao.