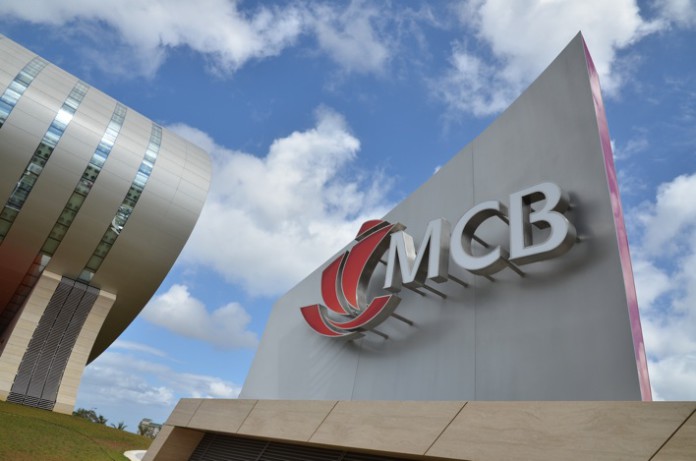 The Mauritius Commercial Bank (MCB) Group has, through the MCB Equity Fund, invested in Partnering Technologies, a French high-tech printing and robotics business run by Ramesh Caussy, the Mauritian inventor of Diya One, the air purifying robot that has made a big impression at the COP 21 in Paris.
According to a release by the Africa Press Organisation (APO), sales of Diya One are scheduled for the first quarter of 2016 and the French ministry of ecology, sustainable development and energy has already placed an order.
Diya One is the first neuro-inspired robot that can analyze and purify indoor air and can work in museums, public buildings, schools and offices.

It was a major attraction at the “Solutions COP 21” exhibition. Diya One was showcased at the booths of the Institut National de la Protection Industrielle and that of French multinational ENGIE. Ramesh Caussy also presented his project during the “Breakthrough Night” dedicated to innovation.
“I couldn’t imagine international development without involving Mauritius, and ensure it benefits from my humble contribution. We have now made the first step with the entry of the MCB Group, a key player in Mauritius, in the capital of Partnering Technologies,” said Mr Caussy, the Chief Executive of Partnering Technologies.
“We have taken the opportunity to invest in a young and innovative business working in a promising market and that has shown, through Diya One, its ability to improve our lives. It’s also an exciting opportunity for us to support a local talent who is showcasing the Mauritian knowhow on a global stage” Pierre Guy Noël, Chief Executive, MCB Group, added.
The Business Insider Report published in May 2015 indicates there will be a US $1.5 billion market for consumer and business robots by 2019.

The R2-D2 of climate change

Dubbed “the R2-D2 of climate change” by the international media due to its resemblance to the mythical Star Wars robot, Diya One is equipped with artificial intelligence. It moves around silently on its own, eliminating particulate and chemical pollution. After analysing the composition of indoor air using integrated sensors, Diya One robot then purifies it with extreme precision. The robot also delivers other functions, such as reducing energy consumption and managing maintenance requests from occupants.
The abilities of Diya One have been officially validated by the Centre Scientifique et Technique du Bâtiment in France and it is currently being supported by the European Union’s SPARC programme dedicated to research and innovation and whose aim is to make Europe the global leader in robotics by 2020.