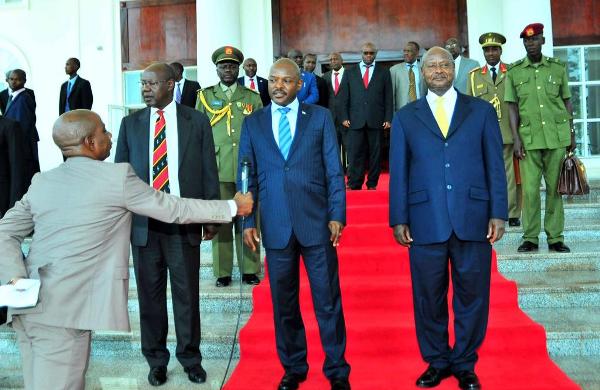 The US Assistant Secretary of State for African Affairs Linda Thomas-Greenfield has said President Yoweri Museveni and the East African Community will be blamed if full-scale war breaks out in Burundi.

She said President Museveni is distracted (by elections) from mediating talks between the warring parties yet EAC gave him the crucial assignment to help end violence in the troubled East African country.

“We hope to see dialogue initiated in the very near future,” Ms Thomas-Greenfield remarked. “If it is not, and the crisis deteriorates further, possibly into full-scale war, I fear that President Museveni and the EAC could end up being partially blamed, given the lengthy delays in getting the process started.”

Political tensions within the EAC have also impeded mediation, she said. Competing interests between Burundi and Rwanda and between Rwanda and Tanzania “have caused the EAC to not be as effective as they might have been,” Ms Thomas-Greenfield said in remarks to a US Senate subcommittee on Africa, adding that the African Union should now consider taking over the mediation role from EAC.

Another member of the committee, Senator Jeff Flake, said President Museveni has no credibility to mediate the talks because he has been in power 30 years.

However, in response to Greenfield’s assertions, government Deputy Spokesperson, Col Shaban Bantariza defended President Museveni saying the talks are ongoing and that the two warring parties in Burundi haven’t complained.

“The Burundi matters are delicate ones and therefore, need time to be solved. However, President Museveni appointed Dr Crispus Kiyonga, who is a senior at negotiations and the two warring parties have confidence in him,” Col Bantariza said on phone.

President Museveni was in July this year appointed by the EAC leaders to dialogue with the warring factions in Burundi to find a lasting solution to the current volatile political situation.

The one-day EAC Summit at the time held under the chairmanship of then Tanzanian President Jakaya Kikwete, and attended by President Museveni, Uhuru Kenyatta of Kenya and Paul Kagame of Rwanda also decided to postpone the Burundi presidential election from the earlier communicated date of July 15 to July 30 to allow Mr Museveni engage different political players in Burundi before the elections were held.

The Summit also resolved that whichever party wins the presidential elections in Burundi, should form a government of national unity to include different stakeholders.

However, despite the counsel from the summit and protests from Opposition parties, the AU, United Nations and United States government, the Burundi government held the local, parliamentary and presidential elections, with President Pierre Nkurunziza emerging winner of the controversial poll.