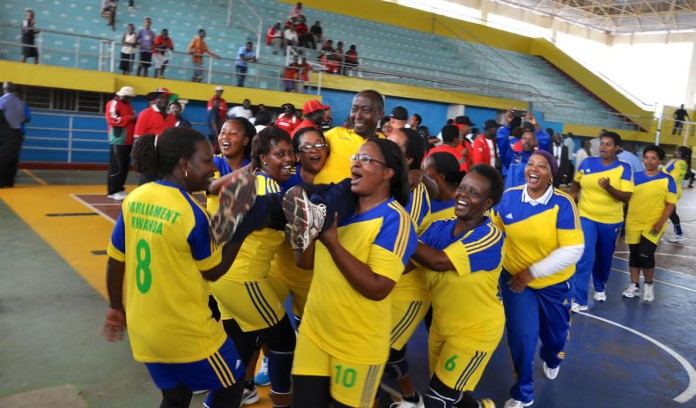 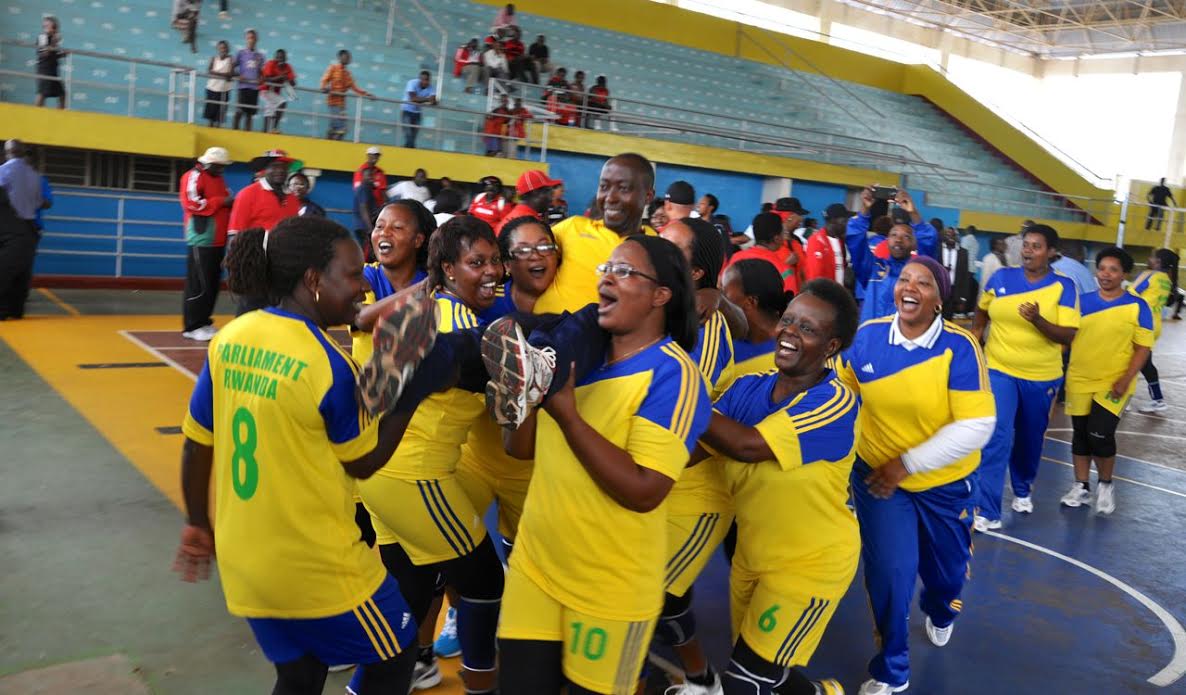 Finally, EALA are champs of the Inter-Parliamentary Football tournament.  The Regional Assembly late Thursday put to a halt, Parliament of Uganda’s dominance in soccer, beating them 4-3 on penalties.

EALA took the lead through their striker who picked a loose ball from Wycliff Ketto to latch the ball past Goalie Dan Ssekide, sending the crowd into frenzy.

EALA Speaker, Rt. Hon Daniel Kidega could have put the victors ahead in the 17th minute but he shot wide with the Parliament of Rwanda Goalkeeper, Emile Bosabose beaten.

Parliament of Uganda then settled and began making inroads into the EALA defence line marshalled by Peter Asiimwe and Hon Straton Ndikuryayo.  Captain Hon Patrick Nsanja missed a sitter after receiving a pass from striker Hon Muhammad Nsereko mid-way as the match progressed.In the second half, Parliament of Uganda came back a more rejuvenated side following Coach Tom Lwanga’s pep talk to his charges.   Hon Odonga  Otto collected the ball from the midfield and beat two defenders to set a through pass to Hon Patrick Nsanja who slotted home the equalizer.

The match went into extra-time but ended in a draw resulting in penalties.  EALA Goalkeeper saved a crucial penalty taken by Hon Muhammad Nsereko as the match ended 4-3 in their favour.

Hon Jean Marie Vianney Gatabazi won the Most Valuable Player’s award after having tied with EALA striker Wycliff Ketto.   The rules governing soccer provide that where a Member of Parliament ties with a staff, then the former shall be accorded the prize.

The golden boot (top scorer) went to Hon Patrick Nsanja of Uganda while Parliament of Kenya won the most disciplined team.