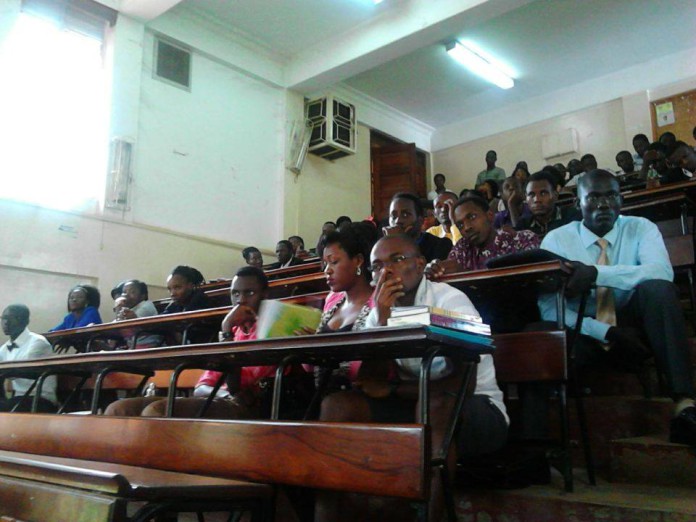 All is set for the 4th EAC University students’ debate scheduled to take place onDecember 18 and 19 at the International University of East Africa in Kampala, Uganda.
The debate is expected to bring together university students, lecturers, academia, policy makers, media, youth leaders and high school students within the region.
The EAC University Students’ Debate Model is an interactive and representational style of debating aimed at educating, discussing and making resolutions among the Youth in East African to nurture a bond of “eastafricaness”.
‘Apart from ascertaining the analytical skills of debaters; encouraging research among the debaters about the EAC integration process; as well as encouraging diplomatic policy formulation among the debaters; the EAC University students’ debate aims at discovering leadership talent and appoint Youth Ambassadors to champion the integration process’ a release by the EAC Secretariat, states.
The debate will comprise of two teams; Affirmative Team made up of Secretary General, Deputy Secretary General, Chairperson of the Council of Ministers, Amicus Curiae and the Counsel to the Community, and the second team will be the Alternative Strategy Team comprising of the Attorneys General from each Partner State. This has been set as the correct position for this form of dialogue to avoid the word “opposition” used in the context in which it is always perceived.
Each team will comprise of 5 debaters drawn from the five Partner States making 10 debaters from the two teams. Prof. Dr. Sandy Stevens Tickodri Tagaboa, Uganda’s State Minister in charge of Higher Education, Science and Technology is expected to officiate at the official opening. Others expected are Prof. Olubayi Olubayi, Vice Chancellor, International University of East Africa; Prof. Alexandre Lyambabaje, the Executive Secretary of the Inter-University Council of East Africa, and Mr. Charles Njoroge, the EAC Deputy Secretary General (Political Federation).
A gala dinner and award ceremony to be officiated at by the EAC Secretary General Amb Dr Richard Sezibera,  accompanied by the VC – IUEA, State Minster in charge of Higher Education and the Speaker of EALA will crown the 4th EAC University students’ debate on Saturday December 19.
The East African Community Youth Summit on EAC Integration and Development Processes held in Arusha in November 2007 set the precedent for youth participation in the EAC integration, while the Secretariat initiated the EAC University Students Debate on Regional Integration in 2012.