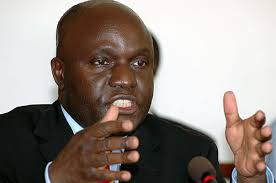 KAMPALA: Following a series of high-level meetings and deliberations on the crisis in Burundi, fighting groups in the tiny and impoverished country will meet in Kampala on December 28 to discuss the current deadly political unrest that has left hundreds of people dead.

Defence minister, Dr Crispus Kiyonga, who has been facilitating the talks on behalf of President Museveni said on Saturday that 14 groups including the ruling party, opposition parties and civil society would attend the talks.

“This is to announce that the dialogue on the Burundi crisis will resume under the facilitation of His Excellency Yoweri Museveni, the president of the Republic of Uganda,” Dr Kiyonga said at a press conference in Kampala.

President Museveni was appointed to mediate the Burundi talks by the East African Community in July and Minister Kiyonga said ‘wide ranging consultations’ have been taking place since then.

But last week the US Assistant Secretary of State for African Affairs Linda Thomas-Greenfield, while appearing before a US Senate panel, said that the Ugandan leader’s campaign for re-election next year has ‘very much distracted’ him from his assigned role as EAC mediator of the Burundi crisis.
Ms Greenfield later met President Museveni on Wednesday at State House Entebbe to discuss the thorny issue.
Burundi has been embroiled in a crisis since April this year, when President Pierre Nkurunziza announced he was running for a third term as President